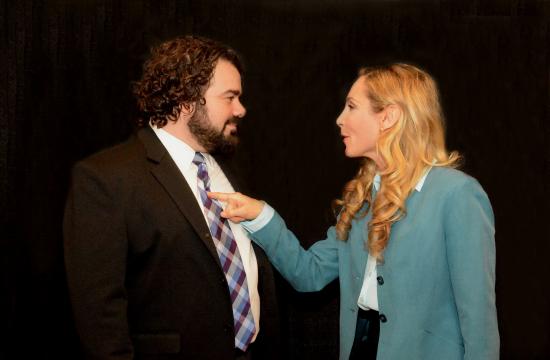 The ultimate seduction, Other People’s Money, comes to the Pico Playhouse from the InterACT Theatre Company. A perfectly timed and thought-provoking comedy as we close in on the elections. Jerry Sterner’s play brings a humorous yet heartfelt look at corporate raiders, the trickle down effect, and the state of capitalism today. Winning the Outer Critics Circle Award for Best Off Broadway Play.

”I went from ‘Mister, would you please read my script’ to ‘Talk to my agent’ in what seemed like a weekend,” wrote Sterner, who created the play while working for the New York Transit authority, in the toll booth. He later left his successful real estate job to write, saying “I’d rather be Neil Simon than Harry Helmsley any day (wouldn’t you?). And dealing with critics after wrangling with four thousand tenants would be a piece of cake.”

“Funny, serious, suspenseful, involving, disturbing, and above all, expertly crafted. It is the most stimulating kind of entertainment," wrote John Simon in New York Magazine.

“Other People’s Money is much more than a discussion of the moral ambiguity of business. It’s the story of five lives, the fate of a town, and whether or not decency will prevail over expediency…most importantly, should it? The story presents the debate of whether or not it is right to try to hold back change. This electoral season forces us to see how the evolution of the American economy has created winners and losers, and this play brilliantly asks how we feel about that,” say director Oliver Muirhead.