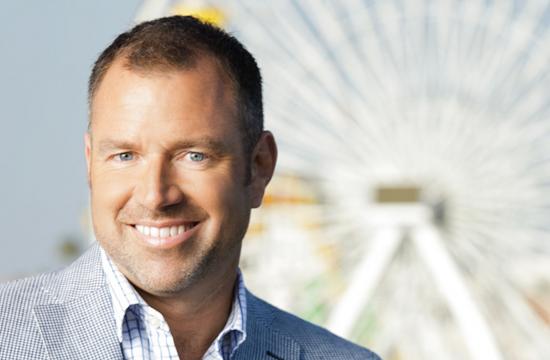 Mary Ann Powell will step aside from day-to-day operations and remain Chief Executive Officer and owner of Santa Monica Amusements, which has managed operations for Pacific Park since 2012. Powell has led her team to develop the vision and long-term strategies for the Park as well as oversee the daily operations, maintaining the Park’s stellar safety record and enhancing the family friendly guest experience.

Powell understands and respects the Park’s important role within the community and has worked diligently with various organizations including the Santa Monica Convention and Visitors Bureau, Santa Monica Rotary Club, the Santa Monica Chamber of Commerce, Santa Monica Police Activities League, Special Olympics of Southern California and Make-A-Wish Foundation, among others.

Klocke joined the Pacific Park team in 1999 and together they have generated record-setting EBITDA growth and, along with the Santa Monica Pier, home to Pacific Park, an increased attendance growth to more than 8 million visitors annually.

As part of the Pacific Park management group, Klocke helped oversee the introduction of the first-ever VIP Pass at the Park, the addition of more than 16 new rides and attractions, introduced 10 new midway games and launched more than seven new branded eateries in the oceanfront food plaza. In addition, Klocke created and directs Pacific Park’s successful events department including the ever-popular Event Pavilion.

“It is a remarkable honor to have this new opportunity,” said Klocke. “Together with the great team at Pacific Park I look forward to growing this successful business and furthering our commitment to Santa Monica and the surrounding communities.”

With more than 27 years in the land-based entertainment industry, Klocke has been Vice President of Marketing and Sales at Landmark Entertainment Group with a specialization in International markets including Asia, Europe and India. His time at Paramount Parks included Paramount’s Great America in Santa Clara, Calif., as manager of promotions and advertising, and senior sales manager; and Paramount’s Kings Island as a regional manager of group sales, and area manager. He began his career as a sales manager at Hilton Hotels in Cincinnati.

Klocke is a board member and past President of the Santa Monica Police Activities League, serves on several Santa Monica Chamber of Commerce committees, serves on the public relations committee for the Special Olympics Southern California, serves on the board of directors for The Bay Foundation and belongs to the Themed Entertainment Association and International Association of Amusement Parks and Attractions. He also serves on the UCLA Extension Marketing and Advertising Advisory Board.

On May 26, 2016, Klocke and his team were instrumental in leading Pacific Park’s 20th Birthday celebration with the unveiling of a nearly $1 million new lighting package on the world-famous Ferris wheel. The 174,000 LED lights now provide 16.7 million color value combinations,higher resolution, greater color depth and faster “frames per second” display speed.

Pacific Park launched its month-long 20th Birthday celebration with a “Lights Off” ceremony on May 5 and then proceeded each evening to illuminate one of the Ferris wheel’s 20 gondolas with a respective year to spotlight a Park milestone, starting with 1996. On May 25 all 20 gondolas were illuminated in honor of Pacific Park’s 20th Birthday, which set the stage for the Ferris wheel’s new lighting package reveal.