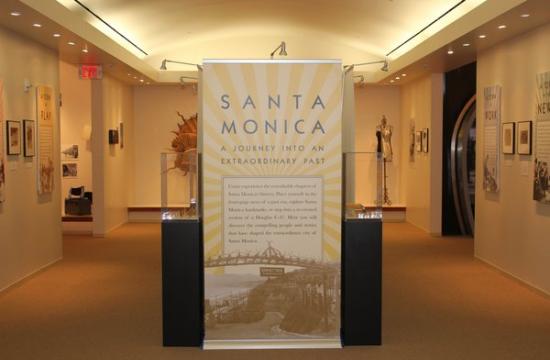 The Santa Monica  History Museum  is excited to announce  it will display an exhibition of the history of the Veterans Affairs Greater West  Los Angeles Medical  Center  from Saturday, October 8, 2016 until Wednesday, January 18, 2017 at the Santa Monica History Museum  at 1350 7th Street, Santa Monica,  CA 90401. Visitors are invited to view documents,  photographs, military uniforms,  and other artifacts that will bring to life the storied history of veterans in our community.

Established by Congress on land deeded  from Arcadia Bandini de Baker, Senator John P. Jones, and John Wolfkill, the site for the Pacific Branch of the National  Home  for Disabled  Volunteer  Soldiers and Sailors (as it was then known) was selected for its “climate and hygiene” from more than 60 other possible locations – including the entirety of Santa Catalina Island. Early advertising  for nearby  land in the Sawtelle community lauded the site selection and praised the area as “the perfect locale for veterans.” Veterans showed  their support, too. Before any structures could be built, a Civil War veteran, Private George  Davis, not willing to put up with another New York winter, became  the first resident of the new home  by taking up residence in a tent on the grounds. Not long after, a group of veterans from the California State Veterans Home  in Yountville showed  up on foot  – they had marched 500 miles to become  residents of the new facility.