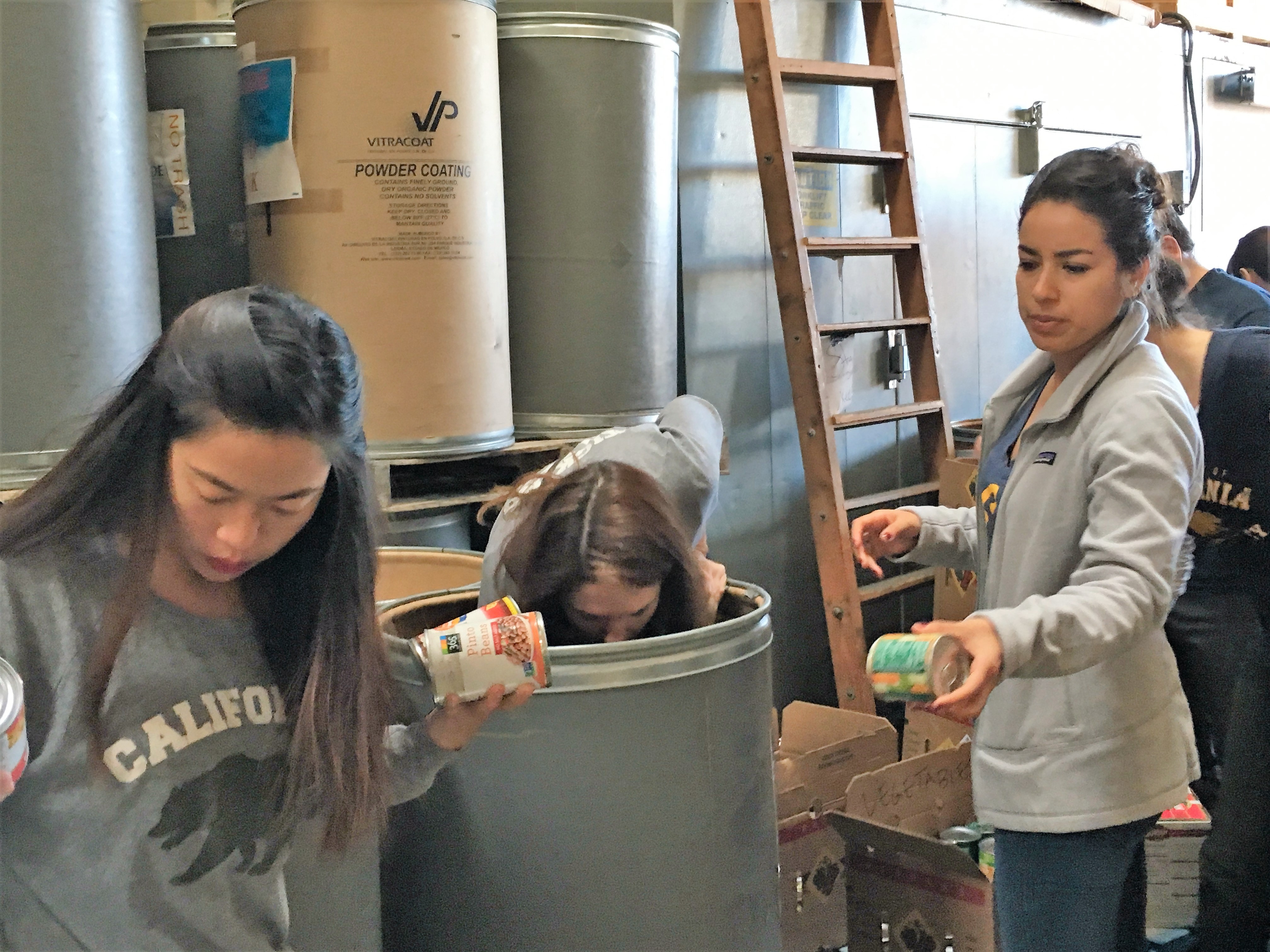 On November 19th, U.C. Berkeley’s football team faced off against the Stanford Cardinals in their annual Big Game, as it’s officially been titled. In conjunction with the Big Game, Cal alumni on the Westside took some time to volunteer with the Westside Food Bank, helping sort the large influx of food donations the Food Bank has received during the Holiday season.