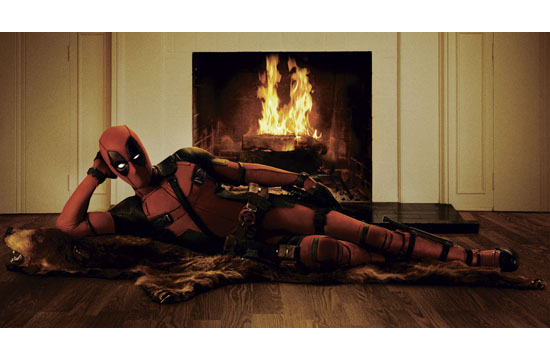 It’s almost mandatory that anybody with a weekly newspaper column occasionally wrings their hands in angst over popular culture. I don’t think I dip into that as often as some others, but in the course of my tenure here at The Mirror I’ve kept in mind that Hollywood is just a few miles away and that many who thrive there live in our beautiful city by the shore.

That said I was eager to finally catch up with the superhero movie “Deadpool,” albeit months late, because of the following stats on the movie: “Deadpool” was a massive success, grossing over $782 million worldwide and breaking numerous box office records, including becoming the seventh highest-grossing film of 2016, the highest-grossing R-rated film of all time if unadjusted for inflation, and the highest-grossing X-Men film. It also received generally positive reviews, with many praising Ryan Reynolds’ performance and the film’s style, action sequences, and jokey black humor.

That’s all well and good. Except that, for me, “Deadpool” failed to do anything all that interesting. And it certainly wasn’t a deconstruction of the Marvel movie as we have come to know it. It was still almost two hours of crushing violence, maiming, torture, decapitation, some sex, cars crashing, and then jokes where the otherwise stilted dialogue of superhero movies would be. There were witty opening credits that tipped that the movie would be overtly self-aware, but “Deadpool” still stocked the goods of cartoon superhero movies. And for what’s it worth, “Ant-Man” was better.

It would be one thing if the Marvel and other comic book franchise movies were just for children. And because of the blunt-force simplicity of these movies, it’s arguable that they are children’s films. But the hitch for me is that these CGI-assisted cartoon fables are ingested by millions of adults; adults who likely don’t attend art house films and might be making these fantasy films the main course of their cinematic diet.

Comic book movies started out as a ‘niche’ in our overall entertainment shelving. Now they are a staple, something akin to our mainlining of cheeseburgers when all the health information inveighs against them. Additionally, America exports comic book movies all over the world. In fact their success globally has everything to do with their continued production. So if there is some event of these “blockbusters” dumbing viewers down… we’re spreading that virus all over the place.

“Deadpool” featured a surprising amount of torture for a movie built for audiences that were supposedly concerned about the “waterboarding” of prisoners not that long ago. The penetration of human torsos with agricultural tools that worried some observers during the heyday of “Friday the 13th” and “Scream”-type movies is back in spades in “Deadpool” as the hero eviscerates his foes with two kabuki-type swords he carries on his back.

The most cynical among us might be glad that, by this point in our representations of violence on screen, “snuff” films haven’t become an everyday entertainment offering. Although I would argue that every time corporate news outlets warn you that the next few minutes of video are going to be “graphic” we are teetering on the edge of that. And yet, consider the following: We are a nation that currently imbibes the wholesale violence that is the drawing card of the ‘hit’ TV series “The Walking Dead” but we all seem to pause and shed a few tears when we see an image of an injured Syrian boy on our Facebook pages.

This suggests that, as many want to believe, despite the fact that we are hosing ourselves with entertainments awash in mayhem we have still retained our basic humanity. But will that wall hold? For my money, the wires were dangerously crossed when CNN ran with the phrase “shock and awe” in its warm embrace of the invasion of Iraq following 9-11. The cameras were going to show the shock and awe; we would delight in crushing those who had been sold to us as perpetrators of the attack on the World Trade Center, and a certain kind of satisfaction from the delivered comeuppance would ensue.

But nothing has ended. Theaters and nightclubs get shot-up, trucks drive through crowds mowing down innocents. We now know that US intervention in Iraq only poured gasoline on the fire that became ISIS. Meanwhile in our movie theaters, costumed foes are vanquished with more satisfying shock and awe produced right here where we live by adults who make their livings designing computer-enhanced mayhem. No one wants to censor fantasy, but we need to recognize that the angry fires burning right now in various parts of the world are not going to be put out by “Deadpool” or the Marvel gang or the “Fantastic Four.” And the violence will not be digital or virtual, or made better by jokey dialogue.