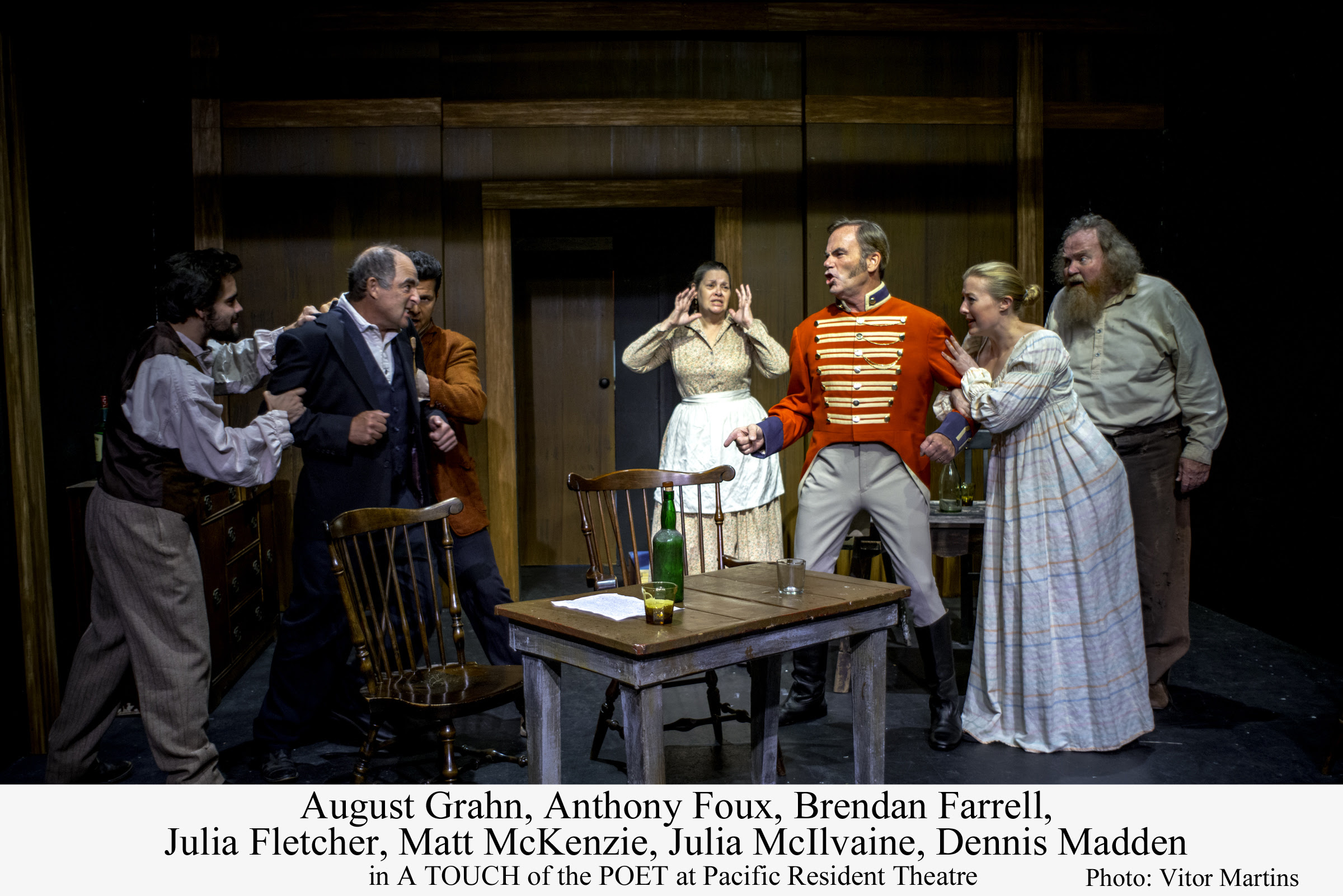 Burning with the dramatic fire of irreconcilable passions and conflicting dreams, O’Neill’s masterpiece is set in a tawdry tavern near Boston on the eve of Andrew Jackson’s election. Irishman Con Melody drowns memories of his former greatness as a soldier and aristocrat in a dangerous stew of alcohol and regret, while his headstrong daughter struggles to win a better future for herself and her long-suffering mother. The play, which the New York Times dubbed “electric”, unleashes volcanic forces in a thrilling, unexpected climax.

“Produced with skill and their special brand of expertise. Even the smallest role shines” – Splash Magazines

Eugene O’Neill is the only American playwright ever to receive the Nobel Prize for Literature and he is a four-time recipient of the Pulitzer Prize. His masterpiece Long Day’s Journey into Night(produced posthumously 1956) is at the apex of a long string of great plays, including Beyond the Horizon (1920), Anna Christie (1922), Strange Interlude (1928), Ah! Wilderness (1933) and The Iceman Cometh (1946). Between 1920 and 1943 O’Neill completed 20 long plays–several of them double and triple length–and a number of shorter ones. After Shakespeare and Shaw, O’Neill became the most widely translated and produced dramatist in the 20th century. Pacific Resident Theatre celebrates its 30 Anniversary this year. Recognized as one of the top regional theaters on the West Coast, the company presents works of the highest quality, in order to entertain, inform and educate our multicultural community. In addition to the company’s commitment to rediscover the rarely performed classics, they are focused on fostering and developing new works through the collaboration of an artistic ensemble influenced by societal relevance, past, present and future. Pacific Resident Theatre promotes the theatre arts by providing opportunities for artists and craftsmen to develop and enrich their skills.