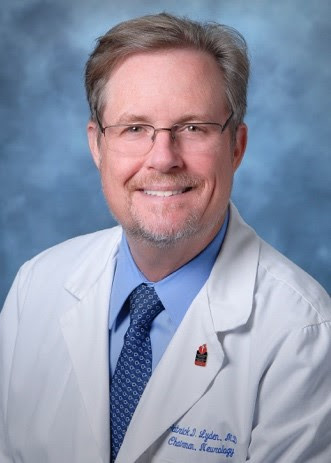 Along with increased cheer and festivities during the holidays comes an increased risk of stroke, one of the leading causes of death and disability in the U.S.

Patrick D. Lyden, MD, chair of the Cedars-Sinai Department of Neurology, said he sees a significant increase in stroke incidents during December and January, particularly on Christmas Day and New Year’s Day.

Lyden attributes the surge to holiday stress, sleep deprivation, dehydration, smoking, overindulging, and seasonal colds and influenza. He also says that changes in barometric pressure and lower temperatures can play a role.

“Holiday strokes can be an unexpected and even fatal problem because they often arrive with little warning,” said Lyden, director of the Cedars-Sinai Stroke Center. “The good news, however, is that with advanced tools and technology available to us, we may prevent life-threatening complications and even reverse the effects of a stroke if we administer treatment within six hours.”

Lyden says the number of stroke cases treated at Cedars-Sinai rises to about 100 from about 80 per month during the winter season. Stroke is the fifth-leading cause of death in the U.S. and a leading cause of disability, according to the American Stroke Association.

To reduce the risk of strokes, Lyden recommends that individuals reduce stress, eat and drink in moderation, be vigilant about taking prescribed medications, exercise, get rest and stop smoking.

“Studies show that 80 percent of strokes can be prevented,” said Lyden. “But if it occurs, the key is calling 911 fast.  Every minute a stroke is untreated, the average patient loses about 1.9 million brain cells.”

Cedars-Sinai has been designated a Comprehensive Stroke Center by The Joint Commission, an independent, not-for-profit organization that accredits and certifies nearly 21,000 health care organizations and programs in the United States.

This advanced certification for comprehensive stroke centers recognizes the significant resources in staff and training that these centers must have to treat complex stroke cases. Cedars-Sinai was proud to be among the first five hospitals in the nation, and the first in Southern California, to receive this designation.