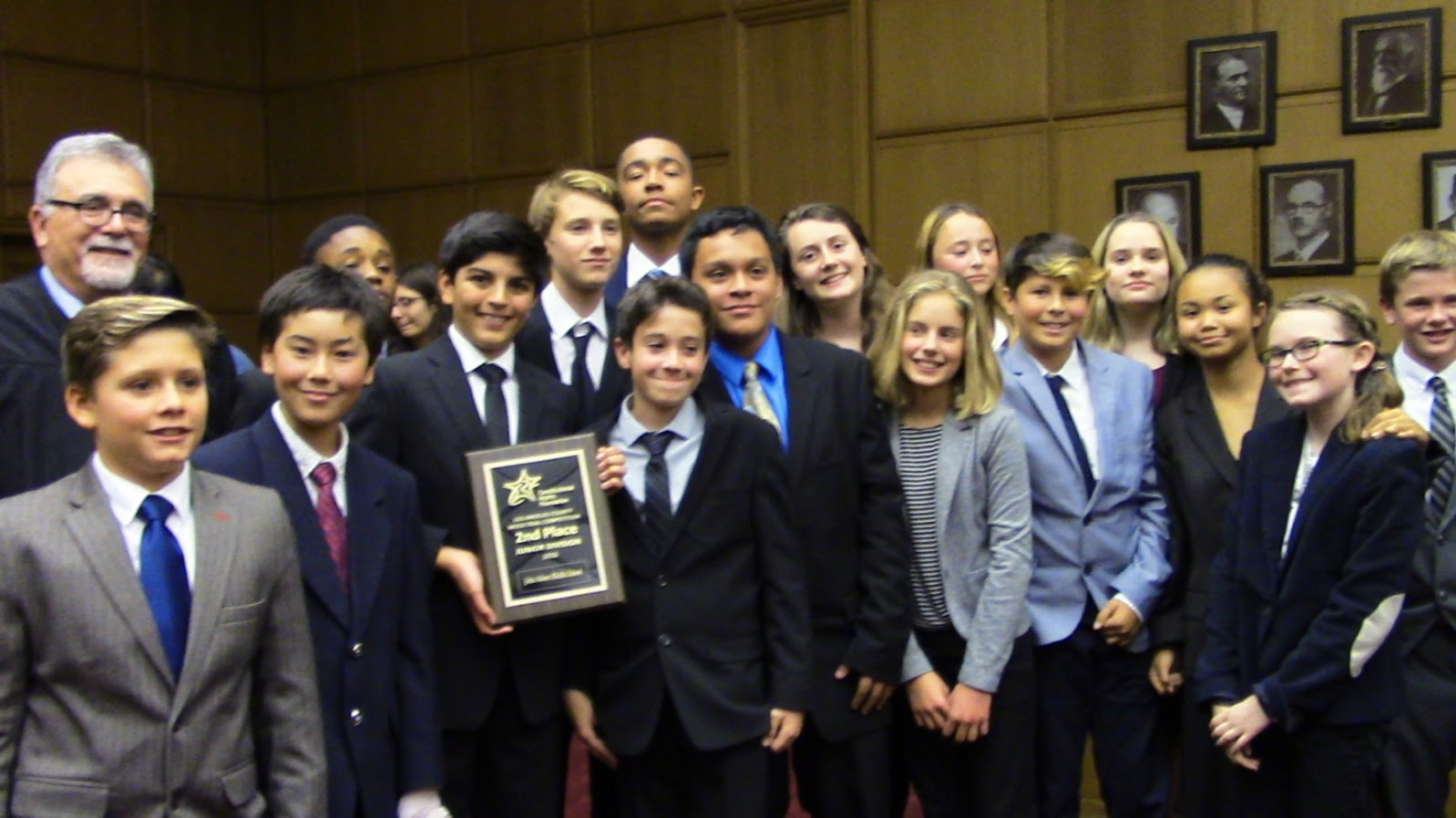 “Our entire team was extraordinary and had a dominating tournament! It is rare for a team to ever win one of these awards, and for our team to have two students receive an award is phenomenal,” Joel Koury, mock trial coach, said. Koury is a Los Angeles defense attorney and parent of one of the participating JAMS students. Coach Stu Glovin added “this team is the top public school mock trial team in all of LA County and we couldn’t be more proud!”

The team selection process begins each spring through an application process that is further vetted by the administration in the fall. Sixteen team members are ultimately chosen by the coaches. The JAMS mock trial team has finished in the top four finalists three times and regularly wins against private and parochial schools that have full-time teachers and coaches.

The case is chosen by the Constitutional Rights Foundation (CRF), and is heard in Los Angeles Superior Court downtown before a real judge.

Team roles include bailiff, court staff, testifying witnesses, prosecuting attorneys and defense attorneys. The competition inspires and teaches the students about constitutional rights, legal analysis, formulating an argument and public speaking. The competition is an amazing combination of moot court, debate and theater.

“I can’t thank our coaches enough for their hard work,” Steve Richardson, JAMS principal, said. “They have developed invaluable critical thinking skills in our kids and also provide a small glimpse into an exciting career option. And, of course, I am in awe of our students, their commitment to this demanding task and their ability to shine in a high pressure situation. The mock trial program is a gift to our school and community.”

made the Elite Eight in a field of 100 high schools.