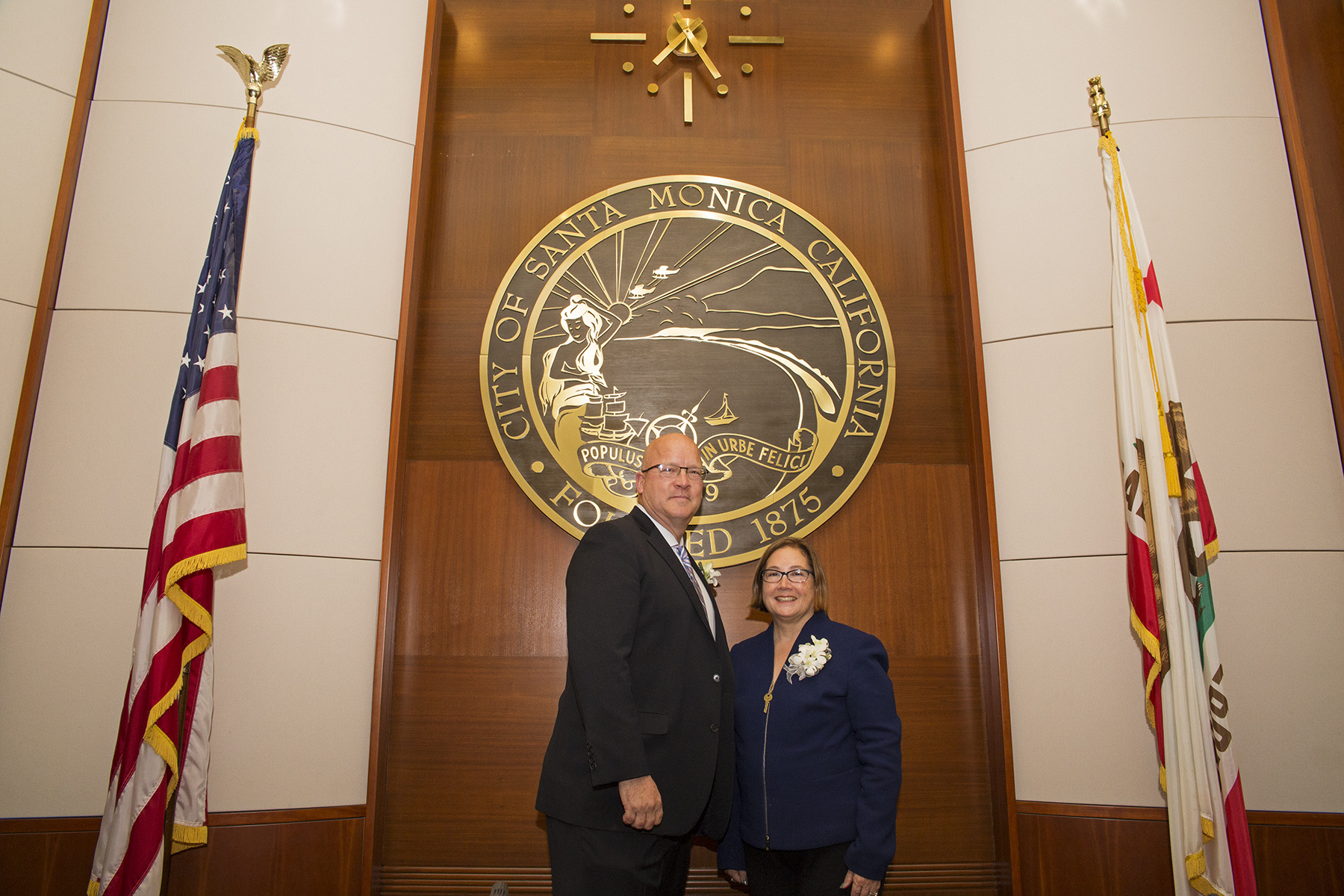 “This is a tremendous honor and I am humbled and thrilled to serve as your mayor,” said Mayor Ted Winterer. “I look forward to the work ahead with Mayor Pro Tem Davis and to the challenges and successes we are sure to see to keep Santa Monica the special place that it is.”

Mayor Ted Winterer is a 25-year Santa Monica resident and has served on the City Council since 2012 and was re-elected to office last month. Before joining the City Council in 2012, Winterer served as Vice Chair of the Planning Commission, President of the Ocean Park Association, and as an organizer for the Fourth of July parade. He also served as a Recreation and Parks Commissioner and as a member of Santa Monica Malibu Unified School District’s Economic Feasibility Committee.

On the Council, Winterer has worked to maintain the scale and character of the city and to finding ways to solve Santa Monica’s parking and traffic issues, according to City staff. He is a strong supporter of locally owned businesses and has worked to assure the continued excellence of the City’s police and fire departments, public schools, and social services, City staff said.

Winterer is a graduate of Dartmouth College with a degree in English and film studies and works in real estate marketing with Santa Monica-based Maser Condo Sales.

Mayor Pro Tempore Gleam Davis has been active in the community since she moved to Santa Monica in 1986. She has served on the Council since 2009 when the Council selected her to fill the seat left vacant by the passing of Herb Katz and was elected to an additional two-year term in 2010. She was re-elected in 2012 and again last month. At the time of her appointment, Davis was a member of the Santa Monica Planning Commission and was the Co-Chair of Santa Monicans for Renters’ Rights. Davis is corporate counsel for AT&T and supervises all of its litigation in the Los Angeles area. Before joining AT&T, Davis prosecuted civil rights violations as a Trial Attorney in the Civil Rights Division in the United States Department of Justice. Davis graduated from Harvard Law School and USC.

Outgoing mayor, Tony Vazquez, served in the role for the past year when Santa Monica welcomed the Expo Line extension and opened the beloved California Incline and Colorado Esplanade, City staff said. “During his tenure, Council passed one of the country’s most comprehensive minimum wage laws, mandated solar for all new construction, and prioritized park space. Mayor Vazquez and the Council also set five strategic goals: Mobility, Learn + Thrive, Inclusive + Diverse Community, Homelessness, and the Airport,” according to the City.

“This past year was a great time to be a Santa Monican with the opening of so many major projects, and it was an especially great time to be mayor,” said Mayor Vazquez. “It was an honor to serve the community I love so much and we’re going to continue the momentum with Ted at the helm.”

At the meeting, City Clerk Denise Anderson-Warren certified Santa Monica’s 2016 election results and new board members were sworn in, including Caroline M. Torosis and Anastasia Foster for the Rent Control Board and Susan Aminoff, Margaret Quinones-Perez, and Rob Greenstein Rader for the Santa Monica College Board of Trustees.