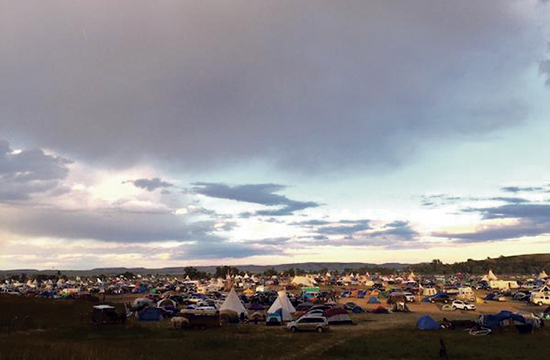 I haven’t been in one of those cars that drive themselves yet, but I imagine that you can sit just about anywhere you like since the thing, you know, does the steering for you. If so, maybe you can do what my sisters and I used to do on long family car trips; sit in the back of the station wagon, looking out the rear window… to see where we’d been.

There’s a certain amount of concern right now, and rightly so, that we’re all going to be looking out the back window of the car. Nothing, absolutely nothing, so far put forward by the President-elect suggests progress and forward motion. Promises to bring back the coal industry, to deconstruct health care, to create registries that verge on the edge of internment camps – well, you don’t need me to write up the score card. It will be a miracle if, after four years, we are anywhere near where we were when we started with this guy.

So who is taking charge of progress if our government dedicates itself to turning back the hands of time? It appears that Native Americans are not only insisting we make progress, but that we do it for reasons that are as old school as a coal-burning power plant.

After a months-long protest at Lake Oahe in North Dakota, Native American tribes and thousands of others who have joined their protest were happy to hear that the Army would not approve the easement to necessary to permit the “controversial” Dakota Access Pipeline to pass under the lake.

Of course, many observe that the Standing Rock protest may just be getting thrown a bone, only to later have the new White House administration push the pipeline through anyway. Whether or not that happens, my larger point is that we will no longer have a government that is interested in any sort of real progress and instead wants to drive the car backwards, to go where we’ve been. I would not, for example, look to the next four years for improvement in public education achieved because of fresh federal financing.

But getting back to what has happened at Standing Rock. The protest to the pipeline was argued on moral grounds; that oil interests should not violate the Native lands and create risk of threatened water supplies. (Don’t be looking to hear the words “moral grounds” all that often in the next four years.)

The Natives were joined by those forces that believe any new piece of oil infrastructure becomes like the bars of a jail cell, keeping American imprisoned by retro and climate-changing fossil fuel technology. Thus, did Standing Rock become, in my view, an outpost pleading the case for progress:  Could we please move past dirty and poisoning sources of energy and into a cleaner energy future?

And yet the reasons the protest was initially mounted were retro in nature: Save the Earth (1970’s), Protect and Respect Native Lands and Rights (1778 to the present), No Blood for Oil (Bush-Cheney to present), and No Crap in My Drinking Water (Flint Michigan to now.)

We admired and will miss the Obama family, who just naturally presumed that most Americans thrive when true progress occurs. The job of remembering that humankind should naturally move forward now falls to civilians. Meanwhile, don’t expect fresh American footprints on the moon or Mars or much in the way of forward thinking the next four years.  Instead, our view will be out the back window of our national station wagon as all kinds of old places that we’ve already been to and moved on from are coming back to haunt us.