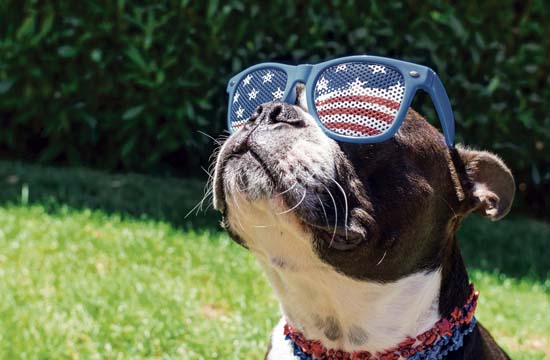 “The pundits like to slice and dice our country into red states and blue states,” Barack Obama famously observed in 2004, several years before he ran for President. “But I’ve got news for them: There’s the United States of America.”

Twelve years later, Obama is about to depart the White House, and by now he has probably learned there are significant differences between so-called “red” states that tend to vote Republican in presidential elections and “blue” ones that usually support Democrats. The colors, of course, come from maps often used as television graphics during election coverage.

What are some of those differences? While campaigning – at least before Donald Trump – Republicans have tended to focus on values, claiming families and traditional marriages are stronger in red states than blue ones, while Democrats contend poor people, minorities and women are better off in blue ones.

California, of course, has been a consistently blue state since 1992, when Bill Clinton carried it with a plurality of the vote against the elder George Bush, not winning an actual majority here until 1996.

Republicans often say California Democrats have wrecked the Golden State over the last 25 years, citing what they insist is a declining quality of life and an expanded role for government.

It’s true Democrats have dominated the Legislature almost all that time, passing laws that regulate everything from cell phone use in cars to teaching about gay history in high schools. A “nanny state,” many Republicans call it, ignoring the fact Republican governors like Pete Wilson and Arnold Schwarzenegger signed off on most of the new regulations Democrats passed in the last quarter century.

Ethnically speaking, California became blue when its Latinos began to get politically active. But in many other ways, this is statistically a pretty standard blue state, and there are major differences between those states and their red rivals. Here are some (based on U.S. Census data):

• Blue states tend to have a more educated populace; California is fairly typical with 37.4 percent of adults holding college degrees. Deeply blue Massachusetts (despite its Republican governor) ranks first in this category with 53.4 percent of adults holding at least a bachelor’s degree. At the bottom in this category is a corps of red states including Alaska at 26.6 percent, Texas at 32.2 percent and Arizona with 33 percent.

• Red states tend to have a far higher percentage of people abusing drugs, led by West Virginia with 25.8 persons out of every 100,000 dying of drug overdoses each year, Utah with 18.4 and Alaska 18.1 in 2008, the last year for which statistics are available.

• Red states like Louisiana, Arizona, Alabama, Oklahoma and Tennessee all topped 14 per 100,000 in this sad category. California, again in drug abuse a fairly normal blue state, saw only 10.4 persons out of every 100,000 take fatal overdoses, both from illegal drugs and prescription ones. (Statistics from the Policy Impact Report of the Centers for Disease Control and Prevention.)

• A little counterintuitive, the map of state with the highest  Census-reported divorce rates is also almost all red, including Oklahoma, Arkansas, Alaska, Alabama, Kentucky, Nevada (the only blue state here, but also the only state with an active quickie divorce industry), Mississippi, Georgia, Tennessee and Arizona.

• Unemployment, on the other hand, is a mixed bag. In the latest Department of Labor statistics, three red states (Alaska, Louisiana and West Virginia) are among the top six, with Alaska leading the unfortunate way at 6.7 percent, but they are joined by three usually blue states (Illinois, New Mexico and the District of Columbia).

• Red state citizens tend to be more charitable, with the eight states donating the highest share of their personal income to charity – Utah, Mississippi, Alabama, Tennessee, South Carolina, Idaho, Arkansas and Georgia – all pretty reliably Republican (data from the Chronicle of Philanthrophy).

All of which raises some questions: Do Republican “family values” equate to higher divorce rates and lower college education. Does going Democratic make people less charitable? Or are none of these things linked to politics at all?