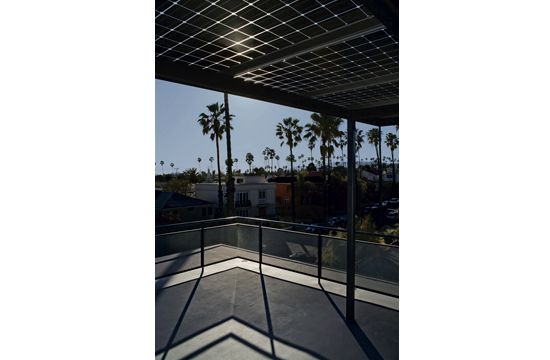 Santa Monica became an early leader in urban sustainability when it adopted one of the world’s first sustainable city plans in 1994. Since then, sustainability has become an important part of Santa Monica’s culture. While we have achieved many notable successes, there are still challenges ahead. Reducing greenhouse gas emissions and planning for the impacts of climate change are a priority for residents, businesses, and City Council.

The City Council recently set an aggressive yet achievable goal to reach carbon neutrality by 2050 or sooner. Eliminating climate change-inducing greenhouse gases by mid-century will require innovation and change from every walk of life. A major area of focus will be the energy used by buildings. The green building movement has led to major advancements in how we design, build, and operate buildings here in Santa Monica.

One measure to reduce greenhouse gas emissions from buildings is to implement a local energy ‘reach code,’ with energy requirements that exceed the efficiency standards required by the State of California. Santa Monica’s new reach code will apply to all new construction, including residential, commercial, hotels, and motels.

Santa Monica’s reach code requires that all new single-family residential construction be zero-net energy (ZNE), meaning that the building will generate as much energy as it consumes, based on the value of that energy. Existing residents will not be impacted by this reach code. It only affects new construction and major remodels.

The reach code also requires new commercial construction, hotels, and motels to be 10 percent more efficient than the State’s energy code. The efficiency requirements vary based on building type. These levels of efficiency were based on a cost effectiveness study conducted by Southern California Edison, and presented to the California Energy Commission.

Three years from now, every new single-family residential home built in California will have to be ZNE, and by 2030 every new commercial building will have to be ZNE. Santa Monica’s code was developed in advance of these State requirements in order to maximize cost and energy savings and jump start emissions reductions related to new construction in the city.  ZNE buildings have lower operating costs, maintain their value over time, and contribute to Santa Monica’s commitment to mitigating the threats of climate change.

By setting a high bar of performance in new construction, the City, the architecture community, and the building industry, collectively learn the appropriate and cost-effective technologies and strategies that can be applied to existing buildings.

Santa Monica has been a leader in green building and urban sustainability for two decades. Since 1990, Santa Monica’s greenhouse gas emissions have decreased by 20 percent, far surpassing the State’s current reduction levels. In this same period, we have seen both population and economic growth. Jobs have grown by 51 percent since 1998 and taxable sales have increased by 89 percent since 2001. We’ve proven we can model leadership and still enjoy a prosperous local economy and sustainable community.