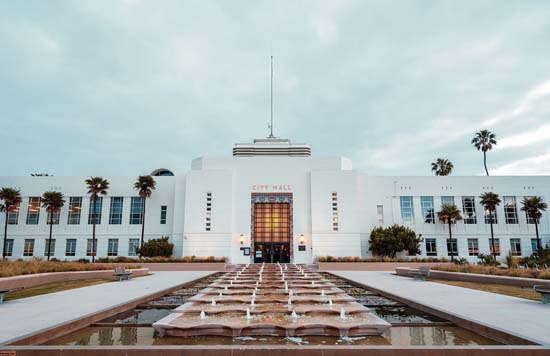 Following the election, our city remains as divided as ever. Are we an urban, or a beachfront city? Who will determine our future- developers or residents? Will we continue seeing sunlit skies, trees, local merchants, and children playing in our parks? Will we walk, drive, and bicycle safely? Will we preserve what’s iconic about Santa Monica? If so, what steps are necessary to assure this future? In this article, we addressed six issues that need to be resolved for a better tomorrow.

Have we reached our limits to growth? Police and fire departments are asking for more staff and equipment. Traffic jams an everyday occurrence, brownouts more common and water conservation targets remain elusive… and it might get worse. Why? The Planning Department is currently considering over 50 projects that exceed current codes. If approved, they would bring 8,560 additional cars into downtown- enough to fill all of the city’s current structures! Our city leaders need to upgrade our infrastructure before not after any more major development is approved. To do otherwise would be folly.

Traffic is the most visible reflection of City staff’s agenda, with Council’s full complicity. With more and bigger development in the ever expanding downtown, they obviously believe in the counterintuitive notion that more development means less traffic. Two more hotels under construction, along with several others planned. And there is the proposal for a 500,000 sq. ft. multi-use building of offices, hotel, housing at 4th and Arizona. They must believe all people employed or visiting will arrive on bikes, the Expo line or helicoptered to their destination. All one has to do is cross downtown on any weekend to experience the reality of this folly.

The DNA of a city is embodied in its architecture and open space. Every city has its own character and Santa Monica needs to maintain its unique heritage and environment – its mix of human scale courtyard housing and offices alongside large commercial complexes. Gate keepers of our beachfront identity are currently allowing a tsunami of wall-to-wall buildings that don’t provide open space, good design, or many community benefits. Our “sense of place” is being smothered by soulless six and seven-story high walls of uninspired facades. Our environment is being dehumanized one building at a time – slow death by a thousand bad decisions, hundreds of buildings, by a handful of developers who see our community as a place to exploit rather than enjoy. We need a code that provides 30 percent of building envelope as open space. Quality is more important than quantity.

Santa Monica faces particular planning challenges, both short and long term. Short-term issues of Specific Plans: Downtown and Local Coastal Plans unfolding as we speak followed by Memorial Park and the Airport Plans which are collisions between the needs of residents and adjacent uses. Short term we also have the shrinking number of affordable units, gentrification of the Pico Neighborhood, traffic gridlock, increased population, lack of a downtown elementary proposed school, and countless other problems that are part of a city that has not yet decided what kind of city it wants to be.

In the medium term we have the shrinking auto industry (a large part of our economy), unsustainable growth of medical behemoths Saint Johns and Santa Monica Hospitals, Santa Monica College on steroids, evolution of Silicon Beach with its boom bust cycles, inevitable water shortages, and crushing municipal effect of the pensions of overpaid staff.

Finally there is the mother of long term challenges – global warming with its attendant sea level rise. In 100 years we will be a beach city without a beach. Deep planning is required since we have no way to stop the rise.

We need a real master plan that considers the full spectrum of urban, demographic, financial and ecological issues. To live within our means should be a guiding principal of all our planning decisions.

There has been much discussion about salaries and benefits since the Bell scandal a few years ago. The L.A. County Grand Jury was prompted to evaluate all 88 cities economic performance.

A 2015 assessment lists Santa Monica with 105 staff earning over $300,000, compared to similar sized Berkeley, with only 21. Isn’t it time for salary/benefit caps?

Aside from measure LV, which failed this month, other proposed initiatives have been discussed. City Councilmember Kevin McKeown talked about an alternative that would be less restrictive but conform with what he sees as residents’ desires. McKeown’s proposal would only be implemented after the Downtown Community Plan is completed. This plan, in current form, includes features opposed by many in the community, including an increase in the “by right” height of many buildings without requiring development agreements, exempting them from special review by City Council. Another councilmember, Sue Himmelrich, proposed that projects exceeding zoning code standards should require approval by a supermajority vote of City Council before going to voters. All these plans are hypothetical. What is the likelihood that they will come to fruition?

Fates of cities should be decided in open town halls, not behind closed doors with greedy developers. What’s happening around our city is painful to see and experience. Anxiety over tax revenues is not worth architectural and environmental mediocrity or a city choked with cars. Why are we letting a handful of developers determine our fate and ruin our city? Developer profits should not be the basis for our City’s decision-making or design. To do so is to sacrifice our quality of life on the altar of greed.

To remain the friendly beachfront community we love the operative word should be “liveablity,” not “profit.” We’re capable of charting our own future, but only if we stand together and hold leaders accountable to a standard that nurtures rather than destroys our City’s soul!