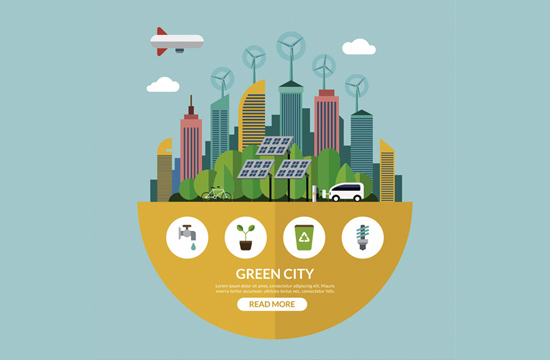 The City Council recently voted to accelerate Santa Monica’s adoption of the State’s new “Net Zero Energy” policy (NZE.)  Although slated for adoption by 2020, the City will now require that Residents reduce their energy use by 15 percent starting in 2017 and be fully compliant by 2020.   The Commercial sector has been held to a lesser standard despite the fact that they are the ones using the most of the City’s resources while generating more waste.

Below are five areas where the City might refocus their efforts to be more effective.  Generally, it recommends shifting stricter guidelines from the residential sector to the commercial sector where there is much more to gain over a shorter period of time.  Specifically:

Santa Monica should pass a Solar Control Ordinance that protects future solar systems  prior to enacting stricter requirements for their installation.

In 1978 California passed Assembly Bill 2321, the Solar Shade Control Act.  Its intent was to make solar energy more desirable by protecting the solar rights of those who installed solar systems.   Although a few Cities (Santa Cruz and West Hollywood) have adopted these standards, Santa Monica is not one of them.   The City currently has no plans to enact a solar rights bill to protect future solar systems from shading.  They should reconsider.

The required reductions in energy usage should be GREATER and MORE URGENT for the Commercial Sectors as they are the City’s main users of these resources.

Although Water Conservation is easier to enforce on homes, it is the apartments and commercial Buildings that use 3 times more water than the City’s Residences.

Since 1992 there has been a law that requires all new multi-family projects to provide separate water service for each unit.   It has never been enforced.  The City has also refused to fund an AMI System (Advanced Meter Infrastructure) that would have enabled more accurate metering of water usage in buildings with multiple tenants.  Both of these oversights were lost opportunities for water conservation in the commercial and multi-residential sectors.

In 2014, Santa Monica’s homeowners produced 50 percent less waste than apartments and 40 percent less than most businesses.  Residents also recycled more of their waste (58  percent) compared to Renters (13 percent) and Businesses (20 percent).   Our trash generation has dropped 50 percent from 7.7 lbs. in 2006 to 4.6 lbs. in 2013.  We are still, however, a long way from our 2030 goal of 1.1 lbs.   It appears that the residents are already doing their share of recycling while the Commercial sector needs to increase their efforts.  Some method of enforcement should be considered for businesses to insure their compliance.

The City is about to invest 85 million dollars in a ‘state of the art’ administration building as a model for sustainable design.

While it is clear that the Commercial sector is where the greatest gains are possible, will the proposed project move us closer to our goal?  Are there any systems or new technologies that will be employed in this building that would be cost effective for a developer of an office building or large commercial complex?  It is doubtful.  If a portion of these funds could be applied towards an AMI system for monitoring multi-tenant buildings or an Electrical Power plant that was powered by the City’s waste, the benefits would be much greater, tangible and immediate.

It often appears that when the City needs to boost its tax base or achieve compliance with a new State statute, the burden falls primarily on the residents’ shoulders.  Should they now also have to do the “heavy lifting” for a Net Zero program that is now necessary due more to commercial development than their smaller homes?   Wouldn’t it make more sense to have the ones who created the problem be asked to fix it?  There is no doubt that the Net Zero Policy is an important step in the right direction.  The path to get there, however, should not be focused on the residents that are already doing their part and do not have as large an impact due to their smaller energy “footprint”.