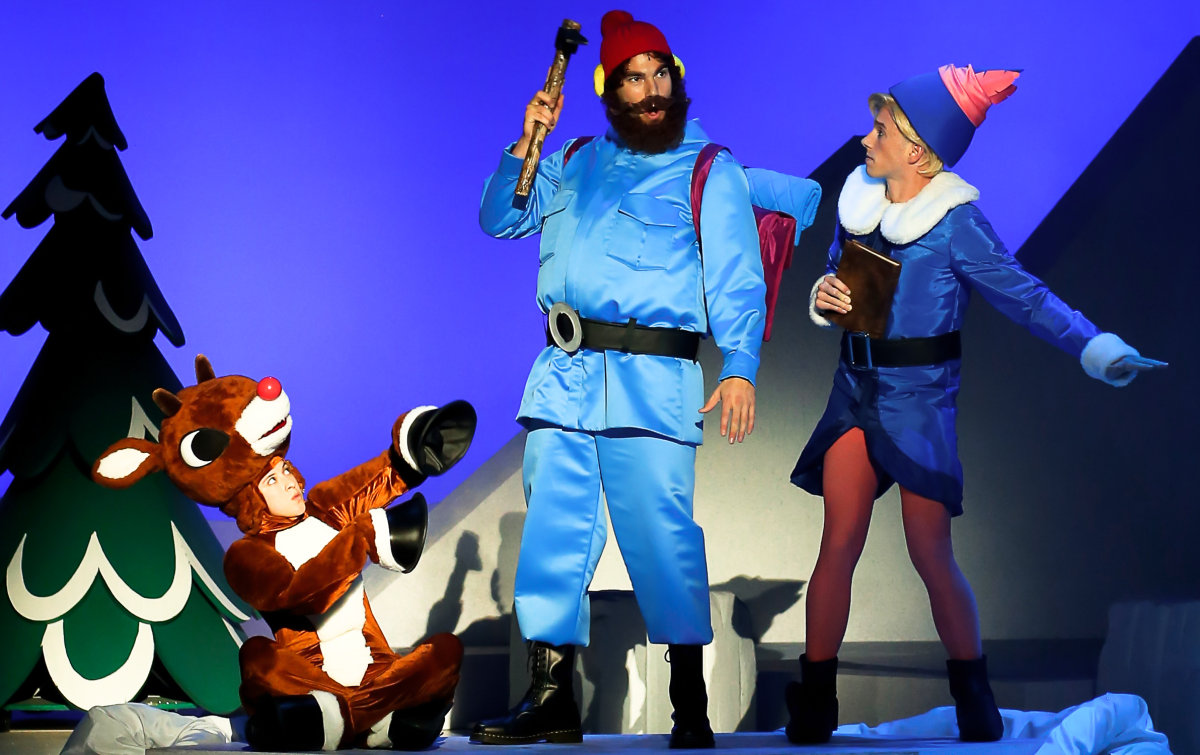 “Rudolph the Red-Nosed Reindeer: The Musical,” directed and choreographed by Dana Solimando, will be making its way to the stage at Dolby Theatre in Hollywood on December 23 and 24 for a total of four performances.

This is part of the musical’s national tour that kicked of November 14. “Rudolph the Red-Nosed Reindeer: The Musical,” tells the classic story of a young reindeer named Rudolph who, because of his bright, shiny nose, is excluded from the Reindeer Games and flees Christmastown, but ultimately returns home where a frigid snowstorm is threatening to cancel Christmas unless Rudolph can do something about it.

“Rudolph really is a timeless story of Christmas spirit and accepting and celebrating all the differences in people that make this world so beautiful,” Natalie MacDonald, lead actress playing the role of Rudolph, said. “The show itself, however, really drives home the point to kids that they are special. That message is so important for families to know, and especially kids who are still changing and growing up themselves.”

By the end of the tour on December 24, “Rudolph The Musical” will have played in about 28 different cities all around the country.

“‘Rudolph the Red-Nosed Reindeer: The Musical’” is rapidly becoming a tradition for generations of children and adults and we are so excited to bring the show to fans in Hollywood,” Producing Partner, Jonathan Flom, said. “We address all of the familiar story elements from the television special with a talented cast and puppeteers who help recreate the magic on stage.”

Macdonald’s cast is based out of Los Angeles so all rehearsals for the show took place in La Mirada and Downey. In addition, the first ticketed rehearsal was also in Downey as well.

“I’m so excited for this particular production of Rudolph because it follows the 1964 television special so closely, but of course with a few fun surprises,” MacDonald said. “Kids, families and even some of the previous generations will all recognize the characters, songs and costumes.”

In addition to Hollywood, “Rudolph the Red-Nosed Reindeer: The Musical,” will also be performing in Modesto, Bakersfield and Thousand Oaks as well.

MacDonald is passionate about her role of Rudolph and the message she hopes to convey through her performance.

Or for more information about the production visit www.rudolphthemusical.com.

By admin December 22, 2016
Tags: santa monica, Things to do in News
Related Posts