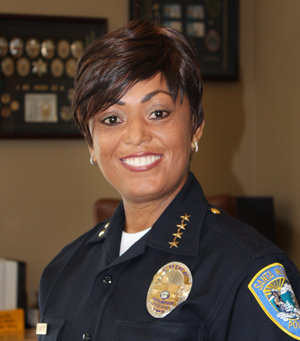 In light of the national political climate, Santa Monica’s Chief of Police, Jacqueline Seabrooks, issued this letter Tuesday for all Santa Monicans.

Following statements made by the President-Elect and various other governmental officials concerning the enforcement of immigration laws, there have been an increasing number of questions raised regarding the Santa Monica Police Department’s official position on immigration enforcement.

The Santa Monica Police Department (SMPD) has a decades old policy and practice of leaving the enforcement of immigration violations to the federal authorities. This policy has been in effect because, similar to other municipal law enforcement agencies, we are sensitive to the principle that effective law enforcement depends on a high degree of cooperation between the SMPD and the public we serve. SMPD officers understand that the U.S. Constitution guarantees equal protection to all persons within its jurisdiction, in this case, to include the City of Santa Monica. Furthermore, we understand that all individuals, regardless of their immigration status, must feel secure in the knowledge that contacting law enforcement will not make them vulnerable to deportation. One of the primary reasons SMPD does not enforce immigration violations is to encourage those undocumented community members who are crime victims or witnesses to feel more at ease when coming forward to report occurrences of crime to the police. By not enforcing the immigration laws, SMPD encourages willing participation in our community safety efforts by those who might not otherwise come forward for fear of having to disclose their immigration status and risk deportation. As has traditionally been the case and will continue to be, SMPD officers do not inquire as to a person’s documented status; the only exception to this practice is if the person’s immigration status is materially relevant to another criminal offense or investigation, such as human trafficking, terrorist threats, etc. Any detention or arrest by an SMPD officer must be based on a reasonable belief that the individual being detained or arrested is involved in criminal activity. Because SMPD is committed to eliminating bias from its policing activities, enforcement actions are not based solely on factors such as race, ethnicity, age, gender, sexual orientation, religion, immigration or socioeconomic status. We believe that our entire community is safer because we do not enforce immigration violations; as a result, SMPD will not change its commitment to its long-standing policy and practice of not enforcing immigration violations.

The Santa Monica Police Department leaves the enforcement of the provisions of Title 8 of the United States Code (USC) relating to illegal entry to officers and agents from the U.S. Department of Homeland Security’s Immigration & Customs Enforcement (DHS/ICE). We direct those who wish to report possible immigration violations to the local DHS/ICE office. SMPD does not, nor will it, independently conduct sweeps or other concentrated efforts to detain those suspected of being undocumented. SMPD traditionally has not participated in federal immigration operations as part of any detention team unless in direct response to a specific request for assistance and then only on a temporary basis or for officer safety reasons. This, too, will not change.

If DHS/ICE or any other law enforcement agency makes a request for support services such as traffic control or peacekeeping efforts during a federal operation, consistent with our commitment to providing interagency mutual assistance/mutual aid, we will provide the requested support services. Additionally, in those cases where a person has been arrested for a crime and is identified as having been previously deported, SMPD will release the arrestee to the custody of DHS/ICE if presented with a federal warrant mandating such release.