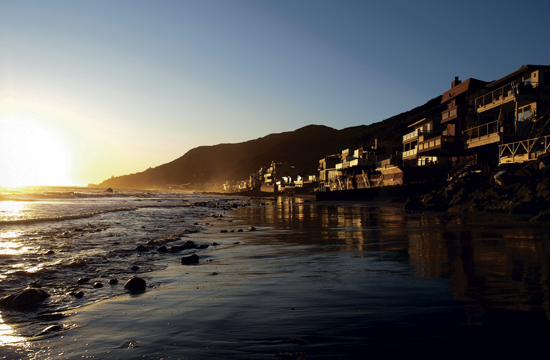 No industry is more vital to the finances of vast numbers of Californians than real estate. With homes and buildings the largest assets of millions of families in this state, it’s vital the agents and brokers who buy and sell property do so with integrity.

That means telling buyers all known flaws in any home or building they’re considering. It means giving them honest information about square footage of buildings and land. It means refusing to drive client buyers into panicked situations where they become so desperate they bid far above appraised values and asking prices.

That’s common practice for most brokers, but sometimes has gone by the wayside in deals where the same agent or brokerage company represents both buyer and seller.

Such breaches of what should be common sense ethics have now drawn the ire of the state Supreme Court in a decision based on California’s state constitution, not the federal one that’s usually interpreted by the U.S. Supreme Court in ways that favor businesses over consumers. So any appeal from it by large brokerages would likely prove fruitless.

The decision in a case known as Horiike v. Coldwell Banker, handed down late last fall and overshadowed in news coverage by post-election turmoil and President-elect Donald Trump’s transition process, may be the most important from the state high court in decades.

That ruling stemmed from millions of dollars worth of omissions held back from a Hong Kong businessman who in 2007 purchased a beachfront Malibu mansion with sweeping ocean views for $12.25 million. Two years later, he learned the four-bedroom, 5.5-bath house he thought contained 15,000 square feet actually held less than 10,000 – more than one-third under what he’d been told.

Hiroshi Horiike spoke only Chinese and Japanese and felt fortunate when he found an agent who could communicate with him in Japanese. He didn’t know it was important that the seller was also represented by another agent of the same brokerage.

The agent for the seller, court papers said, used public records to learn that the manse actually had a living area of 9,434 square feet, plus a guesthouse, a garage and a basement that brought the total area to “approximately 15,000 square feet of living space,” as one listing for the property put it. At a showing, the agent gave Horiike a flyer advising in small print that “Broker/Agent does not guarantee the accuracy of the square footage.”

When he got a building permit for some remodeling two years later,

Horiiki noticed a lower square footage number and sued the brokerage, which had a legal duty to pursue the best interests of the buyer as well as the seller, because both agents worked for the same company.

It took more than seven years for the case to be decided in Horiike’s favor by the state’s highest court, which set a precedent for all other cases where agents from the same brokerage represent both buyer and seller.

The ruling means Horiike, whose damage claim against both the seller’s agent and the brokerage, can return to trial court, where his case was rejected years ago. Now he’ll be able to seek millions of dollars in both actual and punitive damages because the house he bought was not even two-thirds as large as advertised.

Others who feel similarly wronged or deceived will also be able to sue. But the decision still leaves agents and brokerage firms able to legally represent both buyer and seller in any given transaction. They merely have to disclose all the information they possess to the buyer, amazingly not previously of their obligations.

This obvious-seeming duty may create new paperwork for agents, who will probably have to give more details than before to prospective buyers. But it also offers large new protections to home buyers across California, who often use proceeds from selling one house to buy another.

It will assure more honesty not just when billionaires buy mansions in Malibu or Marin County, but also for buyers of far smaller homes in Fontana, Redwood City, Madera, Auburn and every other California locale.

It’s a bit of relief in an era when almost every appeals court and regulatory agency favors business interests over the customers they’re supposed to serve.