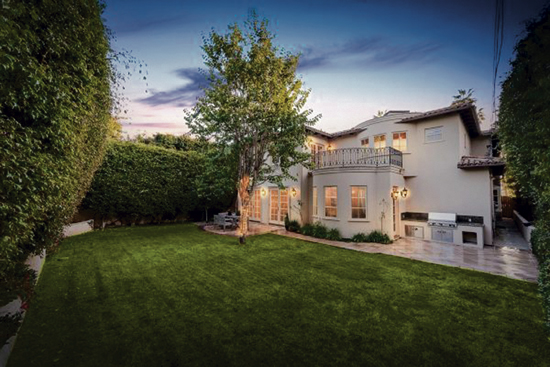 There’s no easy way to put this: California isn’t getting any cheaper! Out of the 100 priciest ZIP codes, an impressive total of 72 are located in CA. NY trails behind, with a total of 21 ZIP codes, half of which are located in New York City.

To see the rare few outside New York and the Golden State – with entries from Florida, Massachusetts, Washington, New Jersey, Maryland, Nevada, Connecticut, and Hawaii.

And the 10 Priciest ZIP Codes in the Country Are…

The ZIP code that covers the entire Portola Valley town – which has already made a name for itself as one of the wealthiest towns in California – is so appealing to affluent buyers that it has commanded a median selling price of $2,815,000.

Making its way to the top 10 (after landing on the 12th spot on our list last year), this Los Altos ZIP code can brag about median selling prices of $2,831,250.

This location – on top of being a stone’s throw from major employers, with the Googleplex itself being in the nearby Mountain View – has the added benefit of neighboring Stanford University. Despite that, the Palo Alto ZIP saw a $215,000 drop in selling prices, with the median for the area now sitting at $2,935,000.

Registering an 11 percent drop in home prices, the iconic Beverly Hills ZIP code traded its Top 3 spot from last year for an honorable 7th spot on our list.

The ritzy neighborhood north of Montana Avenue consolidates its position as a top attraction for affluent (and international) buyers, with a median price of $3,395,000.

A popular retirement destination for investors and affluent retirees, 33109 stands out as Florida’s most expensive ZIP code, with a median selling price of $3.4 million.

Few areas can compete with the appeal of this ZIP code, which includes parts of TriBeCa, SoHo and Hudson Square. It then comes as no surprise that properties in the area sold for 12% more in 2016 compared to the previous year, with the median price now up to $3,808,765 — bumping it up one position and securing a top 3 spot among the most expensive ZIP codes in the country.

Despite being home to less than 8,000 residents, Atherton can pride itself on having some of the most expensive real estate in the country. Nevertheless, its 2016 median price of $5,425,000 is down 8 percent from 2015.

With its sprawling mansions – that sell for about $5.5 million – this Hampton’s ZIP code is the undisputed leader when it comes to hefty prices and exclusive living. But despite managing to maintain its top spot on the list of most expensive ZIP codes, Sagaponack saw a 35 percent decrease in median sale prices – which translates into a full $3 million price drop.