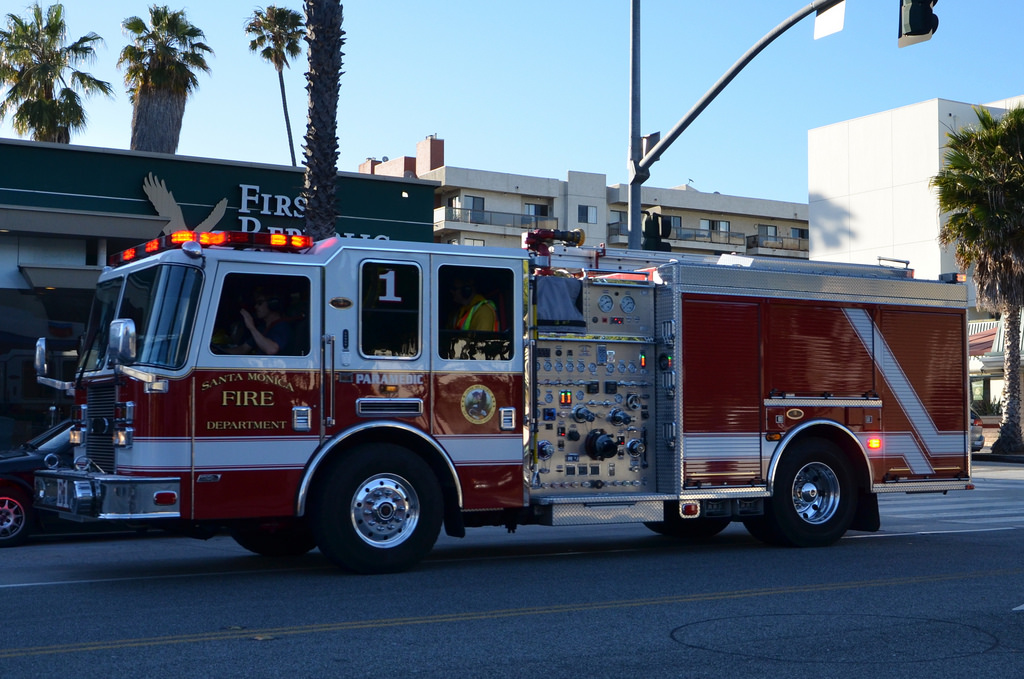 From SMFD: At 12:37 hours on Saturday, December 31, 2016, The Santa Monica Fire Department responded to a structure fire located at 2517 6th St, in the city of Santa Monica. On arrival, the first arriving engine company reported fire coming from the front of a single story, single family home. Under the command of Platoon Commander Michael McElvaney, units were directed to advance hose lines to extinguish the fire that possibly originated in the basement/utility area. Several other companies were directed to perform a primary search for possible victims. The fire was reported as a “knock down” at 1254 hours.

The basement area was completely consumed by fire, while the floor above was heavily damaged; firefighters controlled the fire to only the affected area as there was no fire spread to remainder of the home. A total of 32 firefighters were on scene to mitigate the fire. There was one minor burn injury to the resident and no injuries to our firefighters. The incident remains under investigation for cause determination and origin by the Santa Monica Fire Department, Fire Prevention Bureau. For any further questions, please contact, Captain James Altman with the Santa Monica Fire Department.