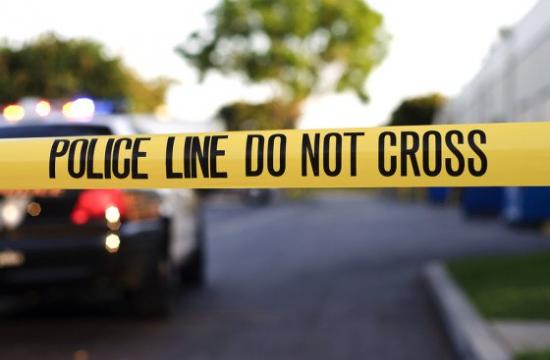 On Tuesday, January 31 at 10:10 p.m. officers of the Santa Monica Police Department spotted a vehicle that was violating a vehicle equipment code and failing to stop for a STOP sign in the area of the 2900 block of Pico Boulevard. The officers followed this vehicle and after a short distance initiated a traffic stop. The officers spoke with the driver of the vehicle and discovered that this man was driving on a suspended license in addition to being on probation for burglary and identity theft. The officers conducted a search of the vehicle and discovered that it contained burglary tools, methamphetamine and United States Mail under the names of numerous individuals none of whom were the driver of the vehicle. The officers utilized their communication technology and discovered that one of the named individuals on the mail had recently been the victim of identity theft. The officers had enough evidence to arrest the driver, aged 30 years and a Santa Monica resident, and he was later charged with possession of methamphetamine, possession of burglary tools, identity theft, driving on a suspended license and a violation of probation. Bail was set at $10,000.

On Wednesday, February 1, at 7:11 p.m. officers of the Santa Monica Police Department were called out to an apartment located on the 400 block of Montana Avenue in order to investigate a report of a disturbance. The reporting party had stated that they had heard loud noises and the sound of objects being hurled around the residence. When the officers arrived at the location they knocked on the door of the apartment and the tenant answered. The officers learned from this tenant that his “friend” was inside the apartment and that his “friend” had become intoxicated after consuming copious amounts of alcohol (that is typically what happens). The tenant added that his “friend” had made quite a mess of the apartment and had refused to leave when requested. The officers entered the apartment and noticed that furniture had been strewn around the room and that the “friend” was indeed heavily intoxicated. The officers attempted to reason with this drunken man but to no avail, and as the officers continued to talk with the man he suddenly punched one of the officers in the face with a closed fist. The officers immediately tackled the man and after a brief struggle the man was overpowered and arrested. This 26-year-old Venice resident was later charged with resisting arrest and battery upon a police officer. Bail was set at $50,000.

On Wednesday, February 1, at 12:58 a.m. officers of the Santa Monica Police Department were flagged down by a citizen in the 2000 block of Pico Boulevard who told them that they had heard glass shattering and had spotted a man standing next to the broken window of a parked car on the street. The citizen added that this person had appeared to have been picking items off the ground next to the vehicle before leaving the area. The citizen gave the officers a detailed description of the suspect and the officers went in search of this man. As the officers were searching the area they spotted another vehicle with a smashed window that was parked at the side of the street. The officers then drove back to the 2000 block of Pico Boulevard where they spotted a man who fit the description of the suspect. The officers detained this man and a few moments later the citizen who had flagged the officers down appeared and positively identified the suspect. Shortly thereafter the owner of the first vandalized vehicle appeared and stated that numerous items that had been recovered from the suspect had been stolen from his car. The owner of the vandalized vehicle was desirous of a prosecution so the officers arrested this 19-year-old Santa Monica resident and he was charged with vehicle burglary in addition to possession of opiates. Bail was set at $20,000.

On Wednesday, February 1, at 3:40 a.m. officers of the Santa Monica Police Department received a call for service in regard to a possible bicycle theft that had just occurred in the 1300 block of 10th Street. As the officers hastened to the scene they learned via police radio that a victim had seen a man stealing her bicycle that at that time, had been locked up in a bicycle rack in the courtyard of the apartment complex in which she resided. The victim had been able to supply a detailed description of the suspect, which had also been conveyed to the officers, as they were en route to the location. The officers arrived in the vicinity of the apartment complex and began to scour the area. The officers soon spotted the suspect lurking in the 1300 block of Alley Number 10. The suspect was easy to recognize due to the fact that in addition to the description given by the victim the suspect was riding one bicycle whilst pushing a second one with his free hand. The officers attempted to stop this suspect but he tried to speed away and in doing so discarded the second bicycle. The officers eventually caught the man and he was arrested and taken off to jail. A search of this 21-year-old Hemet, California resident resulted in the discovery of not only the seemingly obligatory burglary tools but also a packet of methamphetamine. This man was later charged with possession of burglary tools, possession of methamphetamine, theft and resisting or delaying arrest. Bail was set at $10,000.