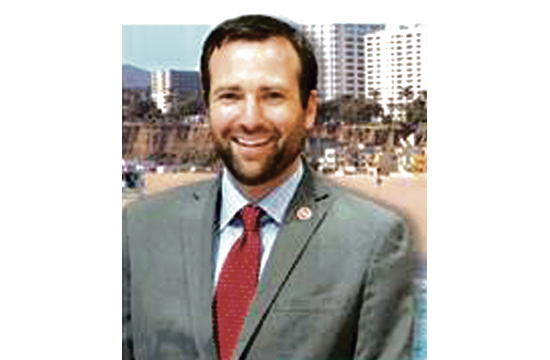 Senator Ben Allen has announced the applications are being accepted for the California Senate Fellows program. Local college graduates accepted into the Fellowship program become Senate staff members for 11 months beginning in October 2017. They receive a monthly stipend and earn graduate credit from the Sacramento State Government Department.

After a five-week orientation, Fellows assist and serve as legislative aides and committee consultants with a diverse range of responsibilities in the State Capitol. The program is open to anyone who will be at least 20 years of age and a graduate from a university or four-year college by September 1, 2017. There is no preferred major. Individuals with advanced degrees and those in mid-career are encouraged to apply. No previous political or legislative experience is required; however, applicants should have a strong interest in public policy.

“The Senate Fellows program is a fantastic opportunity for recent graduates to get experience assisting with complex policy issues at the state Capitol, as well as build their skills and networks,” said Senator Allen.

The deadline to submit an application is February 13, 2017. For more information about the Senate Fellows program, visit csus.edu/calst/senate or contact the program director David Pacheco at 916.651.4160, or david.pacheco@sen.ca.gov.

Senator Allen has been named co-chair of the California Environmental Legislative Caucus for the 2017-18 legislative session.  He and Assemblymember Mark Stone (D-Monterey Bay) were chosen by their peers to lead the caucus, which provides a forum for legislators to discuss and coordinate their actions on environmental challenges facing the state. Currently, 51 Senators and Assemblymembers are members of the caucus.

The Environmental Caucus was founded in 2005 by then-Senator Sheila Kuehl and then-Assemblymember Fran Pavley. The caucus has been involved in key issues such as fighting state park closures, addressing hazardous waste impacts on disadvantaged communities, shaping the cap and trade program, and expanding the use of renewable energy.

“The Environmental Caucus is fiercely committed to maintaining our state’s national and global leadership on climate change and the environment. We are entering a crucial time as we face potentially disastrous rollbacks of federal environmental protections. The caucus will be organized and ready to take whatever actions we can to address threats to our air, water, coastline, wildlife, parks and natural resources,” said Allen.

Senator Allen has been a leader on a variety of environmental causes since his election to the Senate in 2014. He authored a landmark law to stop mercury poisoning of rivers and streams by a harmful form of mining, coauthored measures to strengthen coastal protections in the aftermath of the 2015 oil spill at Refugio State Beach, and authored new regulations on underground gas storage fields in response to the devastating gas leak at Aliso Canyon. He also serves on the Senate Natural Resources and Water Committee, which reviews all major environmental legislation in the state Senate.