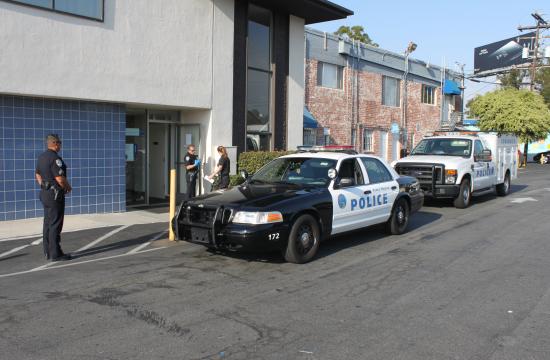 Detectives Thursday will announce a $20,000 reward for information that will lead to the arrest and conviction of whoever was responsible for a double homicide last May in Compton.

The Board of Supervisors accepted $10,000 in reward money from the family of one of two men shot to death at a gas station in Compton. Supervisor Mark Ridley-Thomas approved an additional $10,000, bringing the reward money to $20,000.

At about 9 p.m. on May 15, 24-year-old Richard Williams was driving out of a 76 gas station in the 1200 block of South Wilmington Avenue with two friends — 23-year-old Boston Farley and 26-year-old Brandon Upchurch — when a white pickup drove up and blocked their path, Ridley-Thomas said. A gunman got out of the passenger side of the pickup and shot multiple rounds into the victims’ car before getting back into the pickup, which sped off.

Williams was struck by multiple rounds and died at the scene. Farley, also hit, succumbed to his injuries at St. Francis Medical Center.

The truck was described as a white Chevy or GM utility service truck with ladder racks and built-in side tool boxes.

The Williams family offered the $10,000 in hopes of finding their son’s killer.