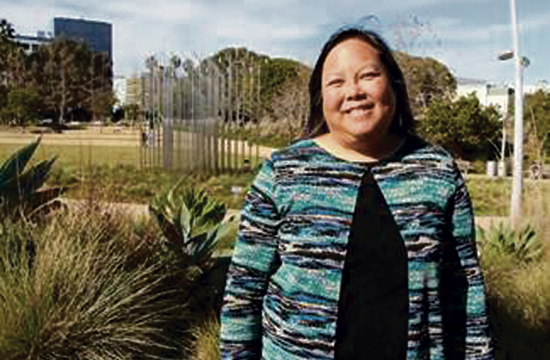 “A respected library leader known for championing inclusion and diversity as well as life-long learning.”

“Santa Monica has one of the best library systems in California,” said City Manager Rick Cole. “With Patty Wong as Director, Santa Monica Public Library will be led by one of California’s highly respected librarians. She is renowned as a mentor for rising stars in the profession, and she is an energetic innovator who makes the most of the opportunity for libraries to promote life-long learning in imaginative and impactful ways.”

“I am so excited to work with the highly respected team at the City of Santa Monica and the exceptional library staff of the renowned Santa Monica Public Library,” said Wong. “I look forward to collaborating with the Santa Monica community and our partners to build on our commitment to learning and literacy.”

Wong has co-authored nearly a dozen publications and has held many elected posts for national organizations such as the American Library Association, the United States Board on Books for Young People, and the Chinese American Librarians Association. She has also held a part-time faculty position at San Jose State University’s iSchool of Library and Information Science. In 2013, she received the California Library Association’s Member of the Year Award.

Wong holds both a bachelor’s degree and a master’s degree in Library and Information Science from UC Berkeley.

SMPL is comprised of the Main Library and four neighborhood branches: Pico, Montana, Ocean Park, and Fairview. The five libraries had 1,184,000 in-branch and 993,700 website visitors last year. The total operating budget is $13.1 million with over 200 employees.