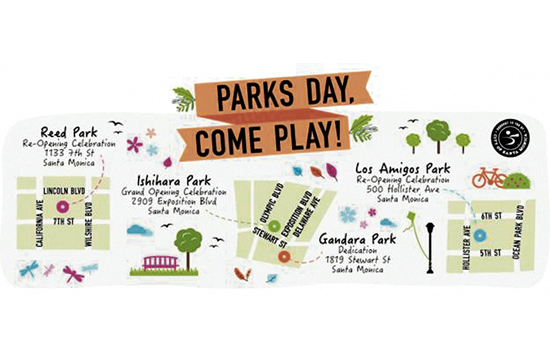 Santa Monica will celebrate the grand opening of Ishihara Park, the dedication of Gandara Park, and exciting park improvements next Saturday.

What: The community event includes the grand opening of Ishihara Park, a new 2.35-acre neighborhood park created to provide a buffer between the Exposition Light Rail Maintenance Facility and the adjoining neighborhood and named after World War II vet George Ishihara; the dedication of Stewart Street Park to Gandara Park, another World War II hero and former Pico neighborhood resident; the re-opening of the northeast portion of Reed Park; and the completion of an innovative stormwater harvesting and reuse project at Los Amigos Park.

For more information head to: santamonicaparks.org

With both rain and National Hot Chocolate Day on the horizon, get cozy with these standout hot chocolates on the...