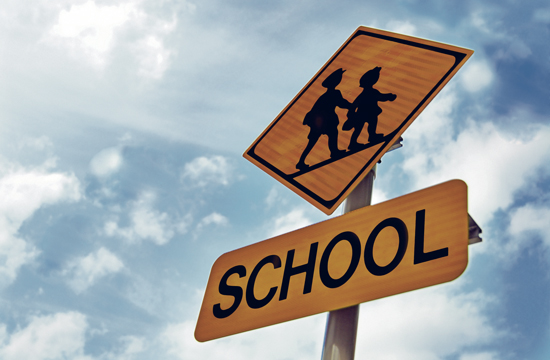 One of the fatal flaws of the currently evolving Downtown Community Plan is that there are no provisions for an elementary school. This is a severe problem because much of the City’s forth coming development is being concentrated downtown.

Housing is being produced downtown by NMS and others at a truly incredible rate with over 500 units approved in the last 18 months and hundreds more in the pipeline. Typically these new buildings have about 30 percent two and three bedroom units which will not all be rented to Silicone Beach millennials. If only half of these new multi bedroom units have one school age child we can expect that the downtown elementary school population will double to approximately 200 children.

Because the downtown streets are currently not safe for unaccompanied children walking or riding bikes, these K-5 children and their increasing future cohort will have to be driven to the nearest schools: 1 ? mile to John Muir, 1 ? mile to McKinley, and 1 mile to Roosevelt. Our already-gridlocked downtown does not need more time crunched parents trying to get their kids to school on time and then trying to rush to work on time.

Building new schools is astronomically slow, particularly in a dense urban environment. If you could get funding, acquire land, design, permit, bid and build a school in 10 years, you would be moving at the speed of light.

Fortunately the City already owns a perfect site for a downtown elementary school. This is the parking structure on Fourth Street just south of Arizona. That approximately 50-year-old building, needs substantial a seismic upgrade so it is anticipated to be demolished and replaced with a large Arclight theater complex. Cinemas are not the best future investment of City land but education certainly is. So we should plan on relocating that parking structure’s 420 parking spaces under the new park proposed across the street and free up this 200’x150’ parcel for a new school.

Unlike the other elementary schools in Santa Monica, this would be an “urban” school of 3 stories (50’) with a 1 acre playing field on the roof. Simple programming indicates it would have 22 classrooms (kindergarten on the ground level) for a future nominal 600 student population, about 10200 square feet of solar collectors, and parking for 40 cars plus 75 bicycles allowing 25 percent of the students to bicycle to school.

What are the advantages of this school location?

1Central location. The school would be 12 minutes of walking distance (6 minutes by bicycle) to everywhere in the downtown area and fifteen minutes from the beach.

2Accessibility. It’s on a major transit corridor with buses and there’s a light rail station within a 5 minute walk. It would also be adjacent to a midblock passage way to the promenade.

3Safety This lot has a mid-block light on one side and a traffic light 100’ feet to the north. Arizona would be the bike feeder street for the new school the same way for example Michigan feeds the High School. Arizona is probably the safest bike street in the downtown area. The park across 4th street will be the refuge area in event of a school fire.

4Health. Walking or riding bicycles to school will be the default mode of going to this school. Thus we are conditioning generations of students for a lifetime of healthy transit and helping to avoid an inevitable car addiction if they always have to be driven to existing schools miles away.

5Relief for other schools. Our elementary schools balance their load by adjusting the number of outside permitted students from other Cities. At some point our School District will use up that safety valve and face serious overcrowding. Needless to say this new school would not only serve the growing immediate downtown area, but its catchment area could extend beyond the Downtown boundaries to help relieve pressure on adjacent schools.

6Social Cohesion. Elementary schools are a node for parents and children to build lifetime friendships. In addition they are incubators of future Santa Monican leaders through the osmotic leadership training parents receive in organizations like the PTSA, sports groups, and civic associations. As such, every neighborhood needs a local school as its “anchor” so those groups can coalesce at a natural and nearby center. The Downtown Neighborhood Association is the only neighborhood association without an elementary school yet ironically it has the fastest growing population. The auditorium of the new school would be directly accessible for public use from the sidewalk when the school was not in session.

There is only one major disadvantage of this proposal in that multistory urban schools are more expensive to build compared to 1 story large lot schools. This disadvantage comes with the territory of placing a school in an urban center.

The race between increasing population and a new elementary school has already started and we need to fast-track the process of creating that new school now. Think of it as a Valentine’s Day gift for your grandchildren.

By Mario Fonda-Bonardi for SMa.r.t. (Santa Monica Architects for a Responsible Tomorrow)