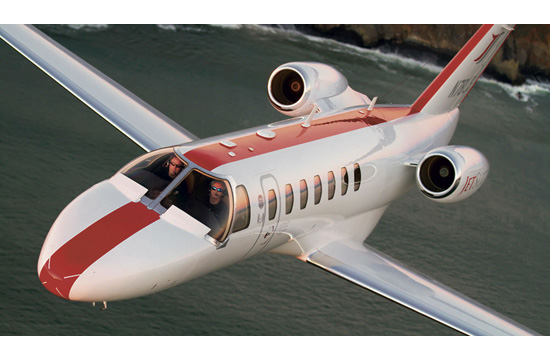 A narrow 4-3 Santa Monica City Council vote saw the City announce Saturday that they had struck a deal with the Federal Aviation Administration (FAA) about the future of Santa Monica Airport (SMO.) While the City was quick to propagate headlines stating imminent closure of SMO (in 2029), and subsequent transformation into a park, the terms of the agreement are peppered with conjecture, leading local anti-airport activists to continue with planned protest action tomorrow.

It also allows the City to shorten the runway to 3,500 ft. (from its current 4,987 ft.), the cost of which will be borne 100 percent by the City. This has been touted by some as reducing jet traffic by 44 percent, however the increasing operation of aircraft such as jets with turbo prop engines, and popular online booking services for small-jet and charter craft, that can operate easily within 3,500 ft., see many experts shake their heads in disagreement.

Councilmember Sue Himmelrich voted against the Settlement. “My main reasoning was that the time was too long and the runway was too long,” she told The Mirror. “I also felt that kicking the can this far down the road undermined the voter’s mandate in Measure LC and allowed too much uncertainty in the ultimate result/goal.”

Stated clearly in the Agreement, is that for the next 12 years, the City must grant “the unobstructed use and passage of all types of aircraft in and through the airspace at any height or altitude above the surface of the land.” And that the City agree to, “The right of said aircraft to cause noise, vibrations, fumes, deposits of dust, fuel particles (incidental to the normal operation of aircraft), fear, interference with sleep or communication, and any other effects associated with the normal operation of aircraft taking off, landing or operation in the vicinity of Santa Monica Municipal Airport (SMO).”

It also states that the term “aircraft” “shall mean any and all types of aircraft, whether now in existence or hereafter manufactured and developed, to include jet, propeller-driven, civil, military or commercial aircraft; helicopters, regardless of existing or future noise levels…”

“It has become clear to those who pay close attention that Santa Monica City Hall puts on an excellent dog and pony show, but behind closed doors they cannot be trusted,” stated NoJets’ Alan Levenson. “Corruption appears to be thriving as money rules the day here as in DC.”

“With this settlement, we snatch defeat from the jaws of victory,” said Councilmember Kevin McKeown who voted against the Agreement. “This, at a time when the FAA’s willingness to negotiate revealed that the FAA itself suspected they would lose their court battles with Santa Monica – even while they continue to hold our land hostage.”

Santa Monica Mayor Ted Winterer told The Mirror that at the end of the Settlement Agreement, “Santa Monica Airport will close forever in 2028 because that is the will of our community,” citing Section VI. Duration, paragraph 5 of the Agreement: “If the City does not enter into future agreements with the FAA that continue to require the city to operate the Airport after December 31, 2028, the Parties agree that the City may, in its sole discretion at any time on or after January 1, 2029, cease to operate the Airport as an airport and may close the Airport to all aeronautical use forever…”

But what about the big “if” at the beginning of the paragraph? And what guarantee that the City’s “sole discretion” come 2028 will indeed to be to close SMO?

“This agreement with the Federal Aviation Administration and the U.S. Department of Justice provides absolute certainty airport land will return to the rightful owners, the residents of Santa Monica,” Winterer added. “It was clear that the residents of our community wanted the airport to close and for there to be a great park in its place.”

That’s still not a guarantee that it will be. In fact, the Settlement clearly states, that if any “future agreement” with the FAA occurs, as happened in 1994 with the Blast Wall grant ambiguities and subsequent court cases that undermined a previous Settlement Agreement, everything unravels.

(The last major settlement agreement made with the FAA was in 1984 and was supposed to return the airport to the city on July 1, 2015.)

“Infuriated by the announcement that the City of Santa Monica has signed a Consent Decree Agreement with the Federal Aviation Administration (FAA) guaranteeing Santa Monica Airport (SMO) remains open until at least January 1, 2029,  SMO neighbors will rally in protest of the continued disregard for their health and safety,” organizers of the rally said.