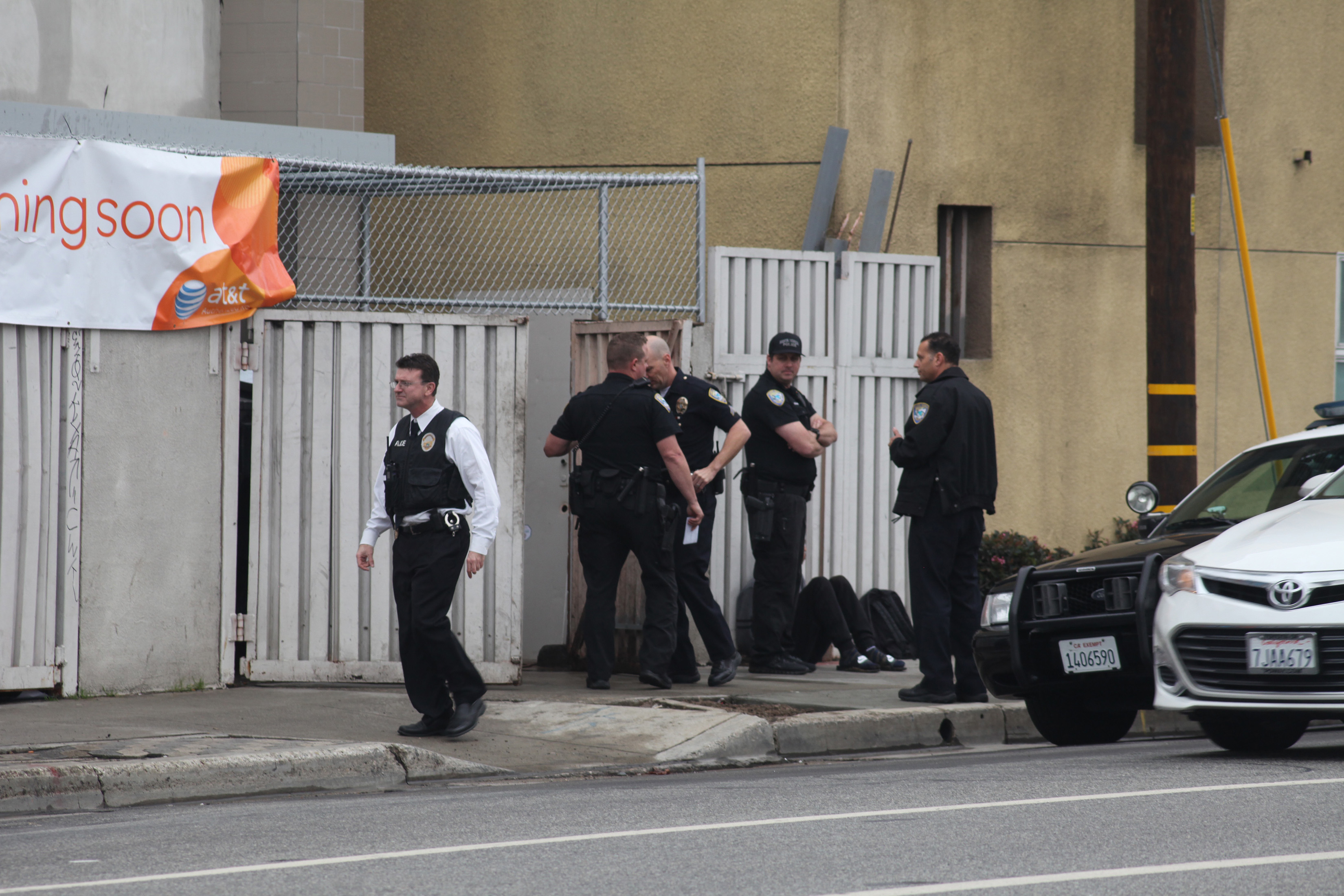 A teenager attempting to sell a couple of high-priced bong-like devices listed on Craigslist was robbed at gunpoint Tuesday,
leading to one arrest and the temporary lockdown of nearby Santa Monica High School while officers searched for two suspected accomplices.
The crime occurred early in the afternoon across the street from the campus, which is in the 600 block of Pico Boulevard, the Santa Monica Police Department reported.
The victim, a boy who had set up a meeting at the location to sell two smoking devices that together were worth up to $2,000, was robbed by three males in their late-to-mid teens, according to Santa Monica police Lt. Saul Rodriguez.
The items had been listed on Craigslist, Rodriguez said. One of the suspects pulled a handgun and took the victim’s property before he and the two other suspects fled into a building in the 700 block of Pico Boulevard, Rodriguez said.
One juvenile suspect was arrested and a handgun and the two stolen items were recovered, but the two other males got away, the lieutenant said.
The robbery was not related to the school, police said, and authorities announced about 2:35 p.m. that the lockdown had been lifted.
Descriptions of the suspects were not immediately available, Rodriguez said.

Over 1,700 apartment units are planned for a few block radius in a Westside neighborhood. Learn more in this video...