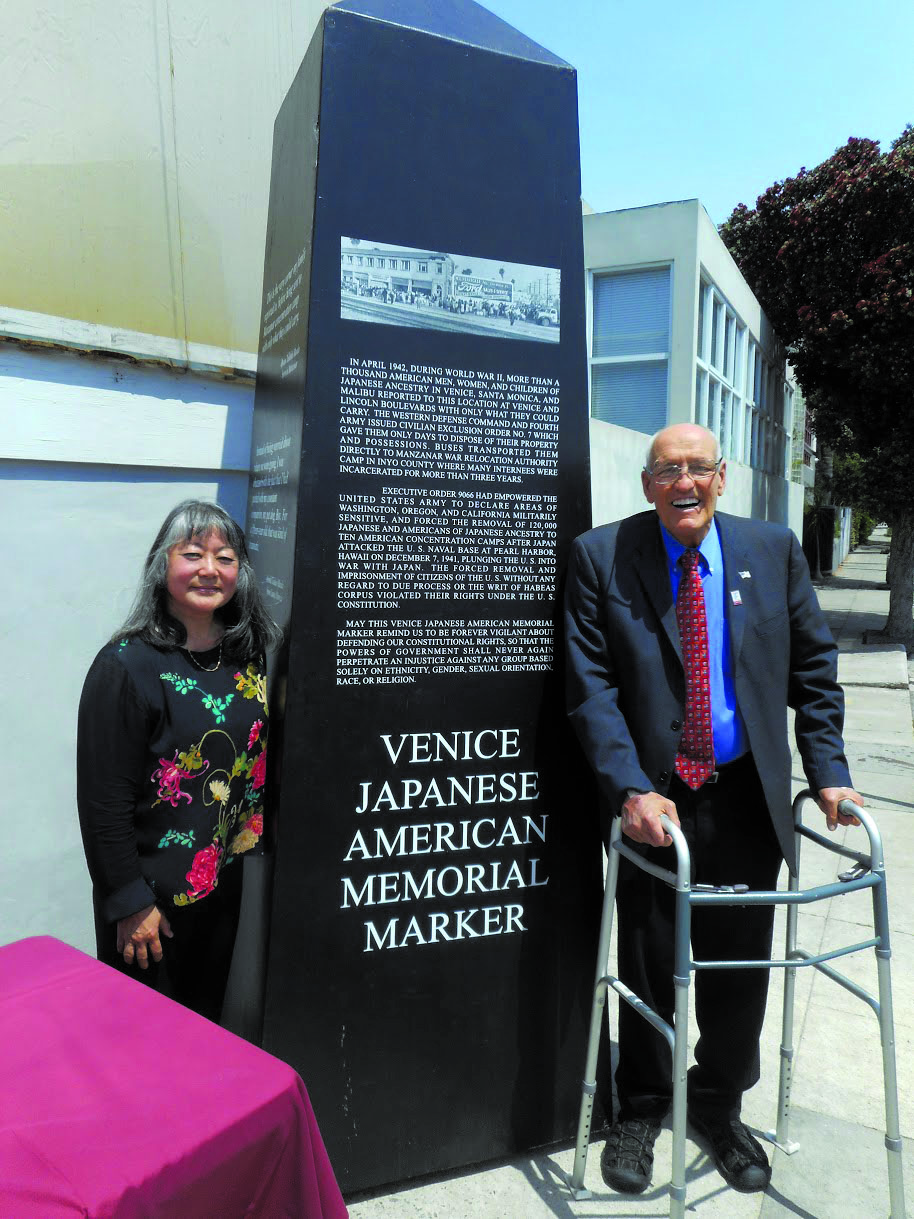 Americans aren’t as good with bad memories as they are with the ones that often make us swell with pride. Two of those memories that we tend to keep hidden are intimately connected to World War II: The decision to drop nuclear weapons on Hiroshima and Nagasaki, and the internment of Asian Americans during that war.

Neither of these events can reasonably be equated with greatness. It’s possible that the unleashing of nuclear weapons on those Japanese cities taught the world in tight, short order that nuclear weapons should never, ever be utilized again. The horror that ensued with the bombings themselves and then the horrible aftermath of slow civilian deaths from radiation spoke loudly to the point of nukes being a deterrent presence, not a practical weapon of warfare.

But lessons derived from the internment camps are still coming many years later. Proof of this has been the recent alignment of those camps, many of which were right here in California, with the new President’s insistence that Muslims might be “registered” and that illegal immigrants be rounded-up and sent back. Listen closely enough and echoes of the internment camps and the mentality that powered them could be heard during protests at our largest national airports when the new White House administration attempted to enforce travel bans.

So it is more than timely and fitting that a memorial to the historical event of almost 1,000 residents from Venice, Santa Monica and Malibu being ordered to leave their homes behind and bring with them only what they could carry in April of 1942 has been constructed at the northwest corner of Venice and Lincoln Boulevards and that a ceremony will dedicate that memorial on April 27. Because, again, these events are among those that we tend to shelve in the darker and less visited corners of our national memories.

It took seven years of hard work by the Venice Japanese American Memorial Monument Committee to make the monument a reality. Letters of support from community groups, fund raising, even reports from civil and soil engineers… all had to be in place before the 14,000-pound monument became a reality. Compare that with the time it takes a corner place of business in our area to go from Blockbuster Video to taco restaurant to bicycle shop to Starbucks.

The dedication of this monument will mark the 75th anniversary of FDR’s signing Executive Order 9066 in February of 1942, an executive order (and we’ve had plenty of those lately) that led to the detainment of people living in the U.S. whose only offense was that they “looked like the enemy.” As observed by Brian Tadashi, who was born in the Manzanar internment camp in California’s Owens Valley, families “lost everything: their homes, their businesses, their liberties.”

The statement “Those who cannot remember the past are condemned to repeat it” seems almost feeble in the face of some of the rhetoric we’ve endured since last year. And since much that rhetoric arises from and reflects some of the narrowest and weak-minded “politics” we’ve had the displeasure to suffer, I won’t bring any of it up now.

But in the flow of day to day “outrage” that has become what passes for discourse in this country, a dedicated effort to create a tangible reminder of a previous dark time such that others might remember and learn from it seems to me heroic. I applaud the Venice Japanese American Memorial Monument Committee not only for their recognition of the need for such a reminder, but their steely determination to see the project through.

Only a few days ago, one of the more garrulous dopes aligned with our current President attempted to alter the very character of slavery by referring to those who arrived on slave ships as “immigrants.” Called on his statement, he then dug his hole deeper by insisting that slaves were “involuntary immigrants.” That’s how pliable some folks believe our past can be.

History is not a Mobius strip that can be twisted and manipulated like a magic trick for children. It is a laser-straight line confirmed by facts and documentation. But as I cited at the beginning, we’re not always that good with the unpleasant parts of our history. Even as I write this, there are those who still wish some trap door would open and reveal that the selection our country has made is some sort of technical foul-up. But we can wash the sting from our eyes if we stay with facts and truth and the correct reality they provide. The internment of American citizens in the 1940s was not “fake news”, just as the resonance of it in things being presented for our approval today is as real as our past.