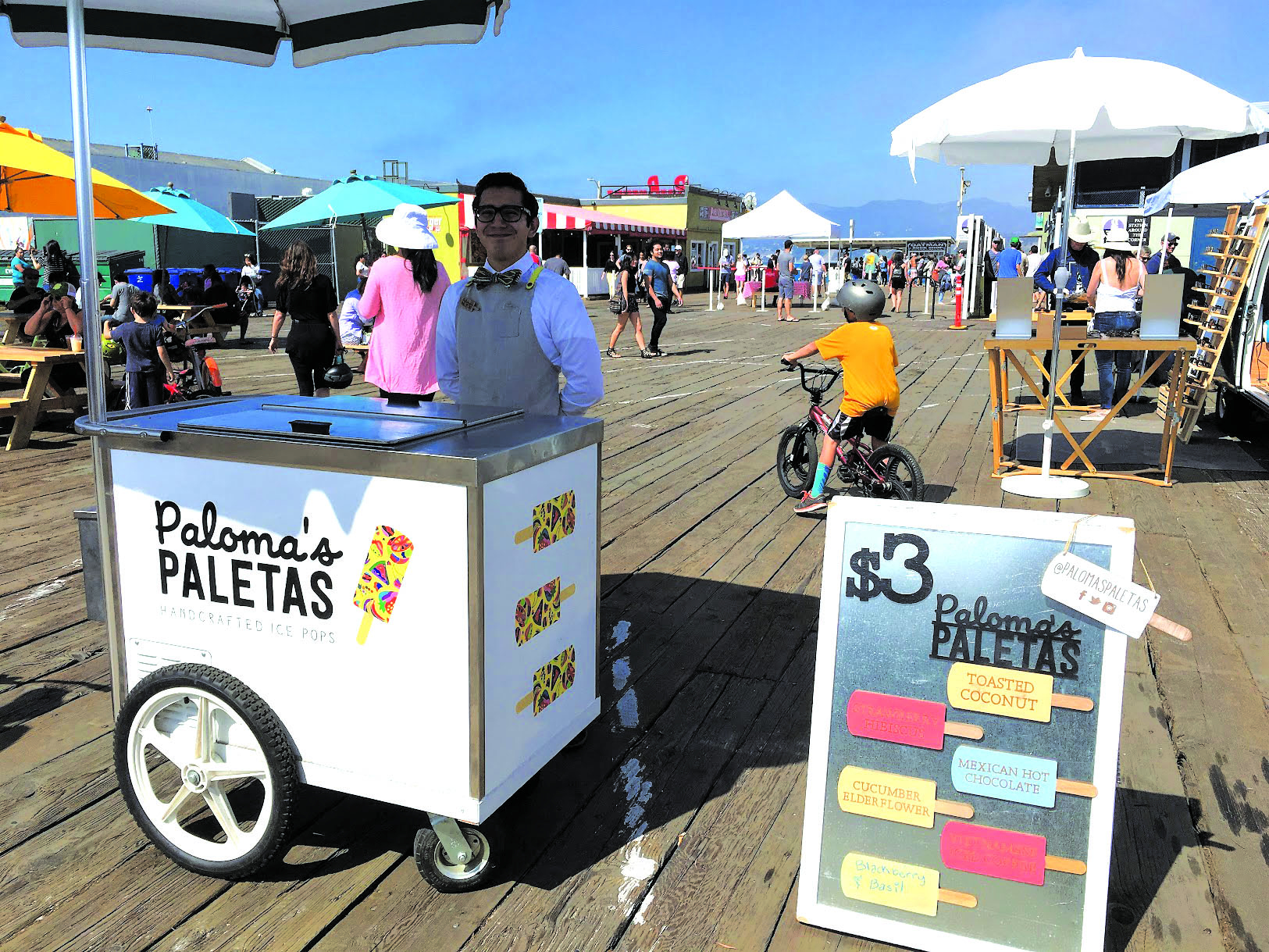 In 2011, a weekly open-air food market debuted in Brooklyn called Smorgasburg, which featured food by 100 different local vendors. Last year, the event expanded to Los Angeles, where it’s held at the newly developed ROW DTLA space every Sunday. On Saturday, March 11, Smorgasburg was held as a one-time popup event on the Santa Monica Pier, featuring many of the same vendors in a brand new venue.

The organizers of Smorgasburg LA were initially contacted by the Pier, who wanted them to hold the pop up in Santa Monica.

“This is pretty much what we do downtown every Sunday,” said Smorgasburg LA Market Manager Zach Brooks, who explained that, save for a few vendors only present for the Santa Monica event, and some regular vendors who couldn’t attend due to differing Pier regulations, the event participants were largely the same.

“We’re an artisanal ice cream shop. We make all of our ice cream in house. Every flavor is inspired by travel,” said Steve who was selling ice cream for Wanderlust at the pier event. “This is probably six months for us now.”

Throughout the daylong event, DJs from local non-profit online radio station dublab played music that could be heard throughout the event space. Locals and tourists alike filtered in and out of the event all morning, with lines forming at some of the more popular vendors from the event’s outset.