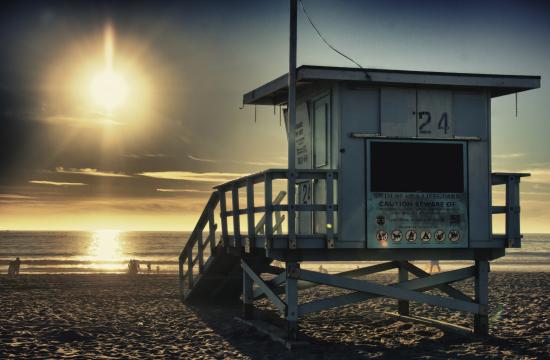 The region’s hot spell will intensify Thursday with temperatures climbing into the mid-80s in communities in Los Angeles and Orange counties.

The heat is the result of a strong upper-level high pressure system, said NWS meteorologist Dave Bruno. He said the system is pushing down the air, and when air sinks, it becomes warmer. But no warnings of unusual wildfire risks were issued, even though some wind was blowing and humidity levels were relatively low, falling to the teens in the mountains.

The NWS forecast sunny skies in L.A. County Thursday and highs of 75 degrees Fahrenheit in Avalon; 77 in Lancaster; 78 in Palmdale and at LAX; 79 on Mount Wilson; 81 in Long Beach; 84 in Downtown L.A. and San Gabriel; 85 in Pasadena; 86 in Burbank and Saugus; and 88 in Woodland Hills. Temperatures will fluctuate between the 70s and 80s amid a mix of sunny and partly cloudy skies over the coming days, reaching 89 in Woodland Hills Sunday.

Sunny skies were forecast in Orange County, along with highs of 67 in Newport Beach; 72 in Laguna Beach and San Clemente; 82 in Irvine; 83 in Anaheim and Mission Viejo; and 87 in Yorba Linda and Fullerton. Sunny skies are forecast for at least the next six days, and temperatures will be up and down, with a high of 92 forecast in Yorba Linda on Monday.