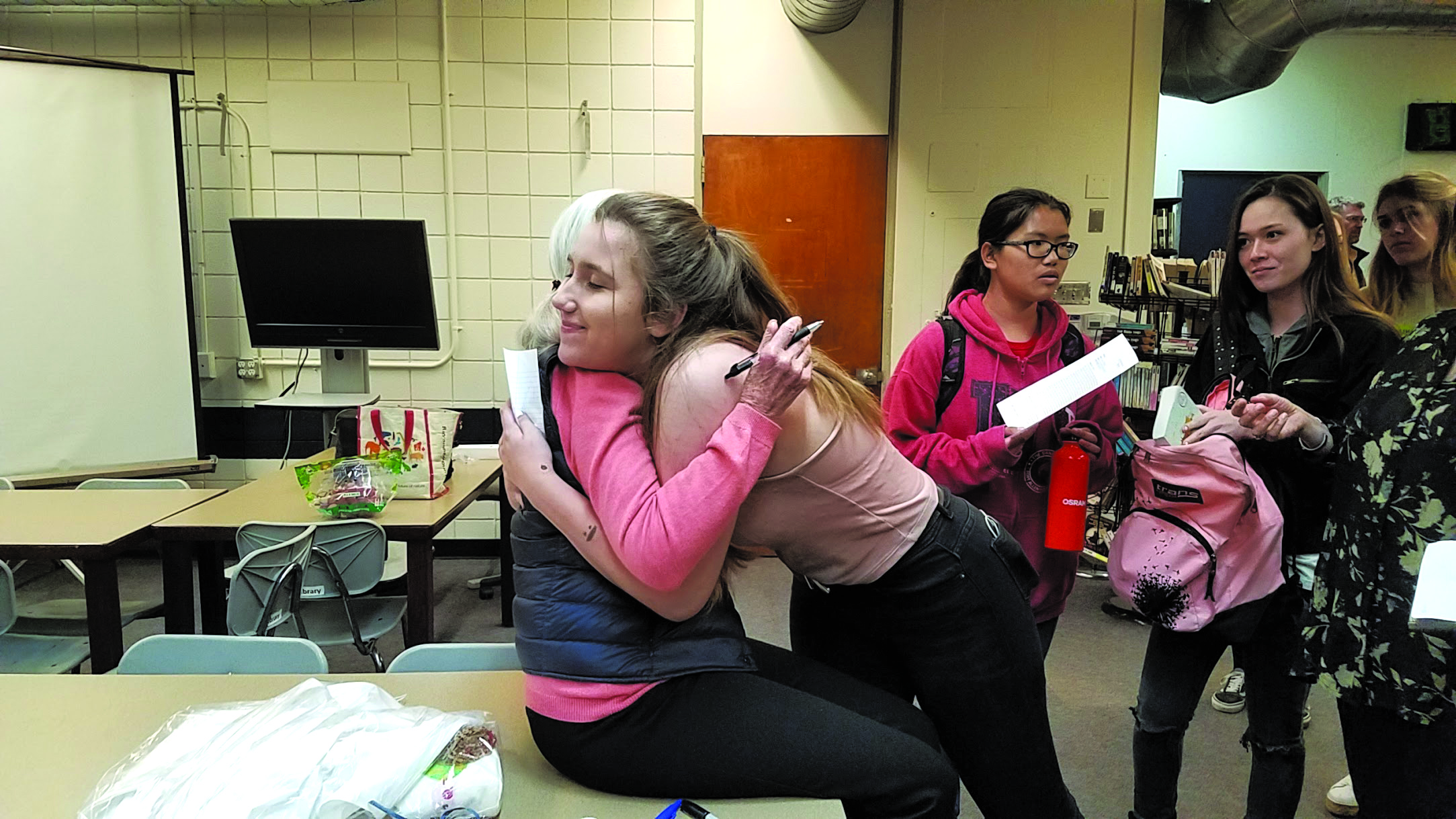 Following a tree planting ceremony and observing student projects, “Dr. Jane” spoke to a packed amphitheater of young people and educators. Dr. Goodall, aged 82, was as lucid as ever as she masterfully relayed stories of her life and messaged the audience about the urgency of achieving sustainability, according to Science Instructor and Team Marine Coach, Benjamin Kay.

“The campus of ECS was further inaspiring to Samohi students who all commented that they wished Samohi was more like theirs,” Kay said.

For many years, students from Santa Monica High School’s environmental science and leadership program, Team Marine, have been partnered with the Jane Goodall Institute Roots & Shoots Program, and have functioned as a Roots & Shoots team. Senior student Zoe Parcells, co-captain of Team Marine and member of the national youth council for Roots & Shoots introduced Jane Goodall to the stage.

As an example of Dr. Goodall’s never-ending enthusiasm, “As I was taking a photo of Jane with the students, I said, “Say ALGAEEE on three – one, two-” Dr Jane interrupted, “No, say chimpanZEE!” Kay laughed.

Through Roots & Shoots, participants identify and address problems in their communities, while becoming the compassionate leaders that the planet needs. For more on the Roots & Shoots program, head to rootsandshoots.org