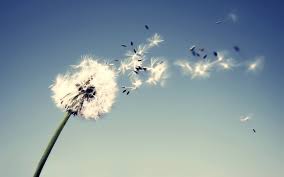 Warm Santa Ana winds swept the Southland today,
helping raise temperatures up to 20 degrees above normal, according to
forecasters.
A wind advisory will be in effect until 2 p.m. in the San Gabriel and
Santa Monica mountains and the San Fernando and Santa Clarita valleys.
In the mountains, north-to-northeast winds of between 20 and 30 mph
gusting to 45 mph will will blow through early afternoon, forecasters said. In
the valleys, forecasters expect north-to-northeast winds of between 15 and 30
mph with gusts of between 35 and 45 mph.
Forecasters noted that crosswinds can make driving difficult,
especially in high-profile vehicles and vehicles towing trailers. They said
strong winds are likely to affect conditions on portions of Interstate 5, 10,
210, and 405 and highways 14, 23, 101, 118, 126 AND 170.
Along the L.A. County coast, a beach hazards statement — a notch less
severe than a high surf advisory — will be in force through this afternoon.
Rip currents and sneaker waves are expected as a result of strong, elevated
surf of 3 to 6 feet, forecasters said.
Also scheduled to go into effect — until 1 p.m. Thursday — is a small
craft advisory — a warning to inexperienced sailors with small vessels to stay
out of the water because of perilous conditions.
The Santa Anas, which should die down by this afternoon, are helping
raise temperatures. Away from the coast, it will be 10 to 20 degrees above
normal today, with Burbank and Woodland Hills both expected to end up at 16
degrees above normal, said NWS meteorologist Robbie Munroe.
“We could be closing in on a record or two for this date,” he added.
The NWS forecast sunny skies in L.A. County today and highs of 71
degrees Fahrenheit on Mount Wilson; 72 in Avalon; 79 in Palmdale, Lancaster and
at LAX; 85 in Saugus, Long Beach and Downtown L.A.; 87 in Pasadena and San
Gabriel; 88 in Burbank; and 90 in Woodland Hills.
Orange County is also forecast to be sunny, with highs of 66 in Laguna
Beach; 67 in San Clemente; 78 in Irvine; 79 in Anaheim; 80 in Mission Viejo; 81
in Fullerton; and 84 in Yorba Linda.
Sunny skies are forecast through Monday. Temperatures will decline
Thursday — by up to 10 degrees in L.A. County and by up to 6 in Orange County.