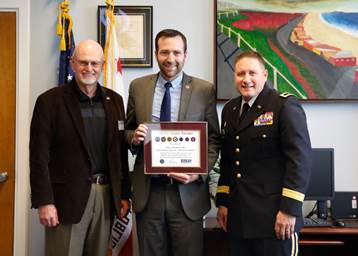 “I am honored to receive the Seven Seals Award and I am committed to continuing my support of the dedicated men and women who serve in our state’s National Guard and Military Reserve,” said Senator Allen.

The Seven Seals Award is presented at the discretion of the State Chair and senior leadership and recognizes significant support for the members of the Military Reserve and National Guard.