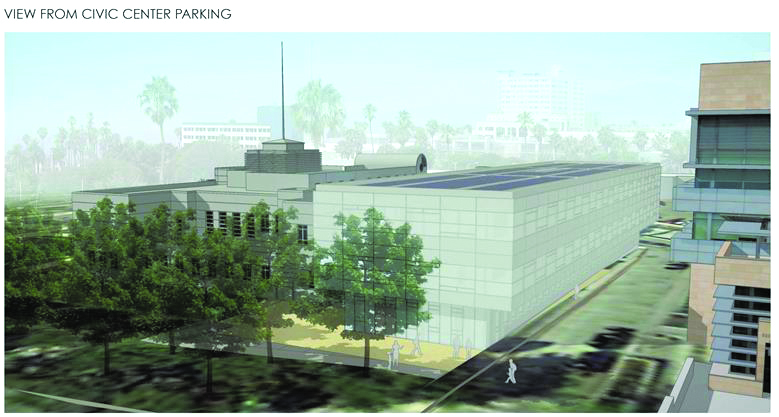 Since Santa Monica has outgrown its City Hall, its staff are currently scattered across our city. The placement of the New City Services Building (CSB) behind our historic City Hall building will resolve this issue. Although its understated design may diminish its visual impact on our historic City Hall, its budget will not. Because it was initially designed to the highest level of sustainability, it could cost up to three times a typical office building – $86 million ($1,720/SF.) This does not include the financing that will add an additional $80 million.

Will this project’s sustainable solutions find their way into the mainstream or is it a one- time “vanity project”? Are the 30 to 50 million additional dollars this building will cost worth it? Will these costly Green features lay the groundwork for future City projects? It is unlikely. Why? Many of the technologies are still unproven, not allowed under current codes or the benefits do not justify the costs. Below are a few places where the City might better spend the residents’ tax dollars and in a manner where they might benefit both the community as well as the environment.

If the City’s goal is to be cutting edge, perhaps it should research the emerging technology of small Natural Gas Powered Generators and Fuel Cells. Power plants are becoming smaller to the point where they could serve a city block or small community. Mini–grids that are “crowd sourced” might also be supplemented by photovoltaic arrays that could benefit from more favorable siting and economies of scale vs. single-family systems.

Like many municipalities, Santa Monica has its own solid waste facility and garbage collection but has only a limited recycling program. Jane Jacobs was one of the first to suggest that our waste should be a resource rather than a burden. For example, Alexandria, Virginia has a “Waste to Energy” program where they convert 350,000 tons of garbage per year into 23 Megawatts of electricity that is enough for 20,000 homes- more than the number of households in Santa Monica. This process is the final step in the “reduce, reuse and recycle” program that limits the amount of garbage going into their landfills. It is one of 86 facilities in the USA. There are 400 such facilities in Europe. This is a City investment that could pay big dividends for the entire community and set an example for our neighboring cities as well.

Cities like Santa Monica have addressed the problem of sewage and limited water resources by tackling these disparate problems simultaneously. The Orange County Water District (OCWD) has had a three-step water treatment plant since 1968 that can convert 100,000/gals/day of sewage into potable water for 85,000 people – just under Santa Monica’s population. Wouldn’t this be a better investment than composting toilets that are not currently allowed by code in Santa Monica? Wouldn’t a proactive rainwater catchment or reclamation of grey water be a better use of City funds? A desalination plant, although costly, might still be a better investment than what is proposed for the CSB.

Since all sides of the CSB appear similar, it seems unlikely that their orientations have been addressed individually. West facing walls with afternoon sun pose different challenges than those facing north with less light. CSB has an “active solar system” for electricity but “passive systems” can be as effective and require no equipment or electricity. Passive measures can be as basic as: a) using different materials and sun control on facades according to their orientation, b) providing windows for proper ventilation or c) storing energy in thick, high mass walls. They can complement Active Systems by the reducing cooling and heating loads. Often, they add little or no additional costs to the project.

These are only a few of the many “sustainable” projects that would make more sense than “dressing up” the new CSB with impractical and costly technologies. The CSB systems will have little effect on the City’s overall energy /resource/waste “footprint” or set a useful example for our City’s residents or businesses. We recommend that the City redesign the CSB project to put a greater emphasis on Passive Design and set an example for the community. The money saved by the redesign of the CSB should provide ample funds for one or more of the City-wide projects mentioned above. This approach would both reduce the City’s energy ‘footprint’ and provide a direct benefit for its residents.

Of course, there are many other places as well where the money saved on the CSB could be better spent. Here are just a few suggestions: 1) Remote Metering for Commercial tenants to enable the separate monitoring of their usage; 2) Funding of low-interest earthquake retrofits for low-income apartments; 3) Placement of additional solar arrays on public buildings (schools, libraries, parking structures etc.); 4) funding a department within Building and Safety to promote and consult on passive design; or 5) an educational program to teach our children the importance of conservation.