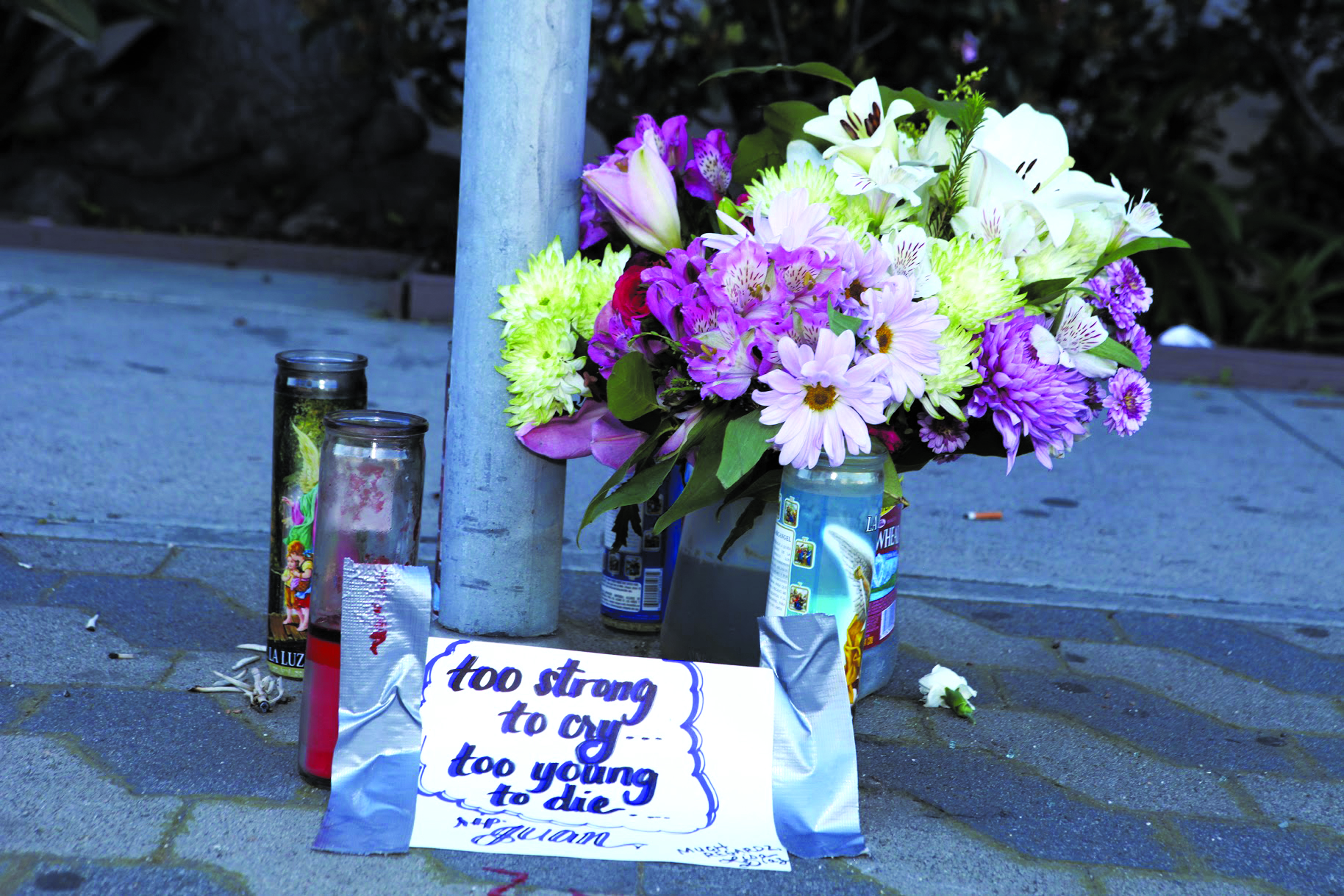 Flowers stand on Pico Boulevard as a memorial to 18-year-old Juan Sebastian Castillo who died from a single gunshot wound to the head, Feb. 26.

A go-fund-me page raised $23,406 for the Santa Monican’s funeral expenses and the Santa Monica Police Department is continuing to investigate the incident, while the young man’s family is calling for answers.

Castillo was an All-Star football player at SAMOHI, where he graduated in June.

According to the SMPD, on Feb. 26, at about 5:08 a.m. SMPD responded to the 1300 block of 16th Street regarding an unconscious victim lying on the ground with a head injury. Santa Monica Fire Department Paramedics were notified and responded. Upon arrival, the victim was pronounced deceased by paramedics. SMPD Detectives were notified and responded to the scene for an investigation.

Detectives are investigating a possible link to this investigation with an earlier radio call for service. The same morning, at about 12:45 a.m., SMPD responded to the 2100 block of Pico Boulevarde regarding a possible shooting. Officers discovered evidence of a shooting in the immediate area; however, no victims or suspects were located. It is unknown if the two incidents are related.