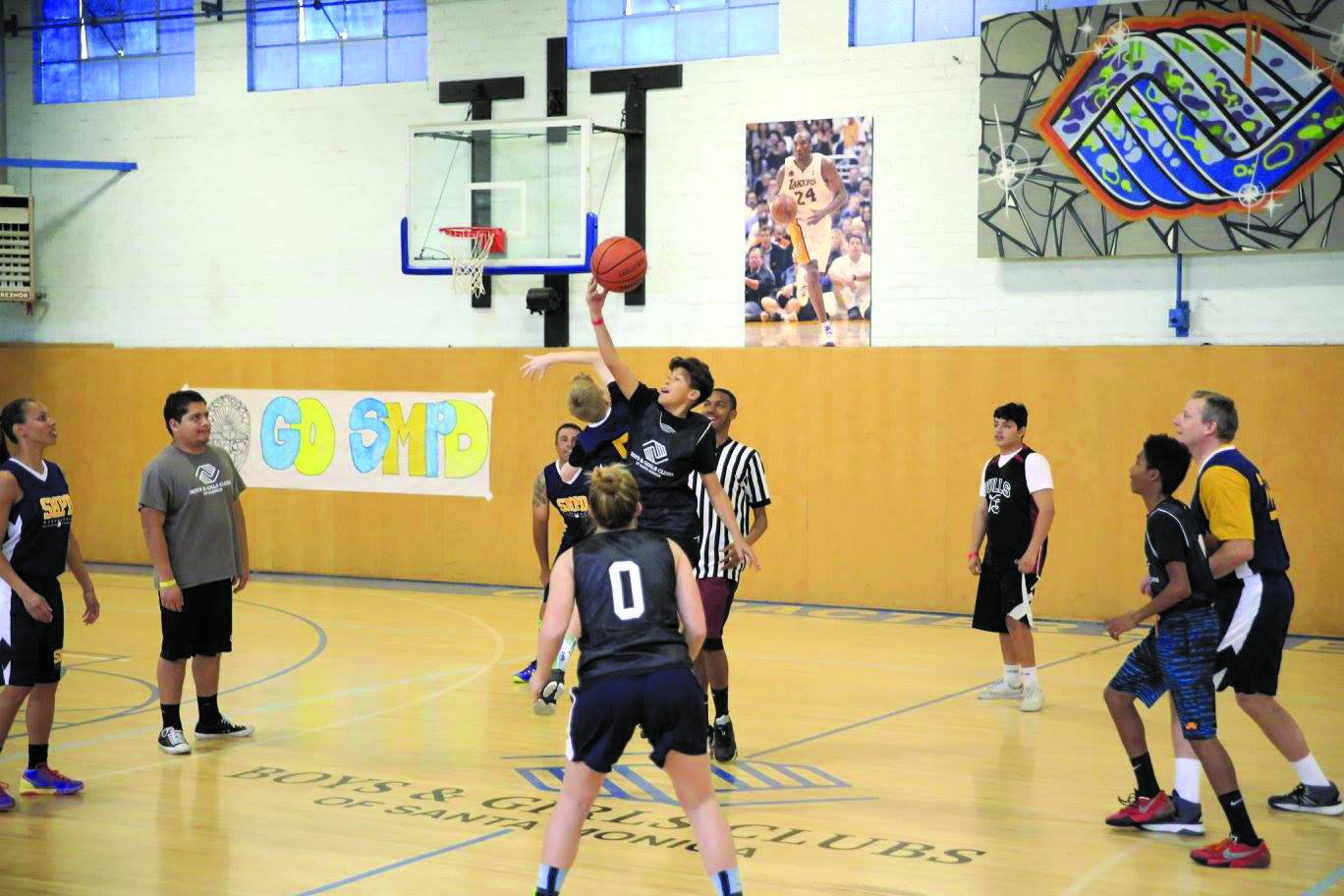 On Saturday, February 25, the Boys & Girls Clubs of Santa Monica played host to a cool event that united many in the community: “Teens and Law Enforcement Together as One.” The day-long program aimed to place law enforcement officers from a wide variety of backgrounds together with local teens in an educational and fun capacity, including chances to learn about different law enforcement professions and participate in communal games.

“Every year we have this thing called Teen Summit and it’s fun and awesome. So why not have a Youth and Law Enforcement Summit?” said teenager Connor Young, who organized the event and is Keystone president at the Boys & Girls Clubs.

The Keystone Club, which is a program held nationwide through the Boys & Girls Club of America, aims to teach and provide leadership opportunities for teens aged 14 to 18, holding a national conference once a year. As a member and President within the clubs, Young acted as head of the event.

“We want to show that these officers are people too,” said Young.

The event began in the morning with a breakfast for all participants and included lunch, before culminating in a game of jump ball between the dozens of teens and many local law enforcement officers.

“Everybody’s participating and the officers are having a great time,” said Young. “It’s been phenomenal.”

For more information about the Boys & Girls Clubs of Santa Monica, visit smbgc.org.