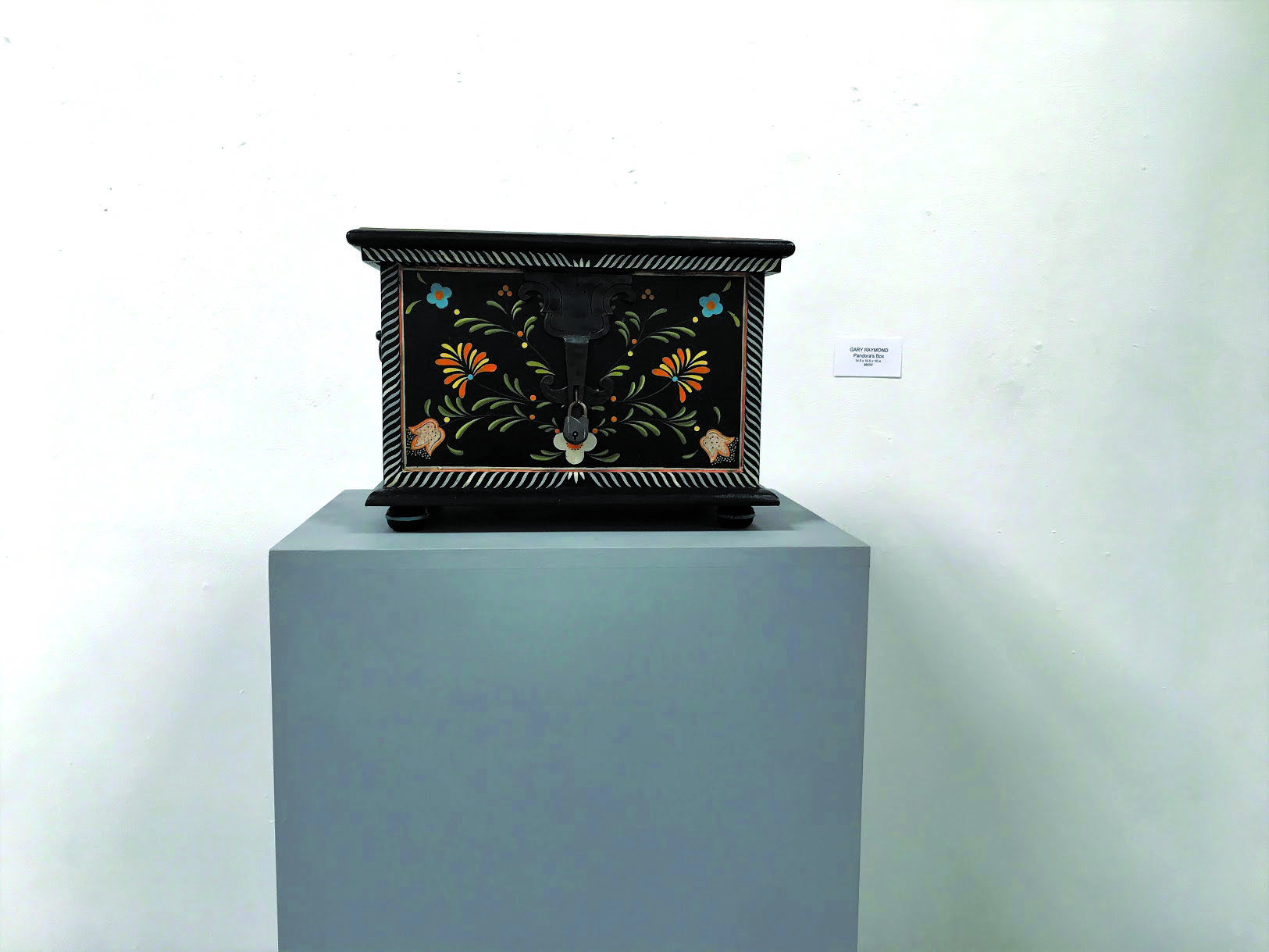 The bG Gallery, located in space G8a at the Bergamot Station Arts Complex, held a reception for its newest exhibit on Saturday, March 11. The exhibit is titled Outside the Box, and is a group exhibition, featuring works by multiple artists that are broadly similar in that they all have utilized an unconventional approach, materials or medium.

“The past couple years, [the gallery] has done an unusual mediums show. This is this year’s version,” said the gallery’s Head of Collection Consultation Mark Mcalinden.

Mcalinden explained, however, that this year’s exhibit is different in that it’s been put together by a guest curator, Joella March, who also has work being exhibited in the show, and has exhibited at the bG Gallery in the past, rather than by gallery co-owner Om Bleicher.

“Om has known Joella for quite a while,” said Mcalinden. “He’s shown her in the past.”

Works include a painting and physical sculptures of a shantytown of sorts by Jeff Gillette, who exhibited at Banksy’s Dismaland art project space; dinosaurs constructed out of gummy bears by YaYa Chou, who was born in Taiwan and is now based in Los Angeles, and has created a whole series of Gummi Bears works; decks of cards with the backs cut out to create a layered effect by Dan Levin, whose works were exhibited at the bG Gallery in the past and were popular with gallery attendees; a painted chest titled Pandora’s Box by Gary Raymond, which picks up sounds and echos them pitch shifted down; and plenty of others.

“The gallery aesthetic is being a bit on the edge,” said Mcalinden. He explained that, while the unifying theme behind the works in the new exhibit is being unconventional, their exhibits regularly feature unconventional work, oftentimes including sculptural or multimedia works.

For more information about this exhibit and upcoming exhibits at bG Gallery, visit santamonica.bgartdealings.com.