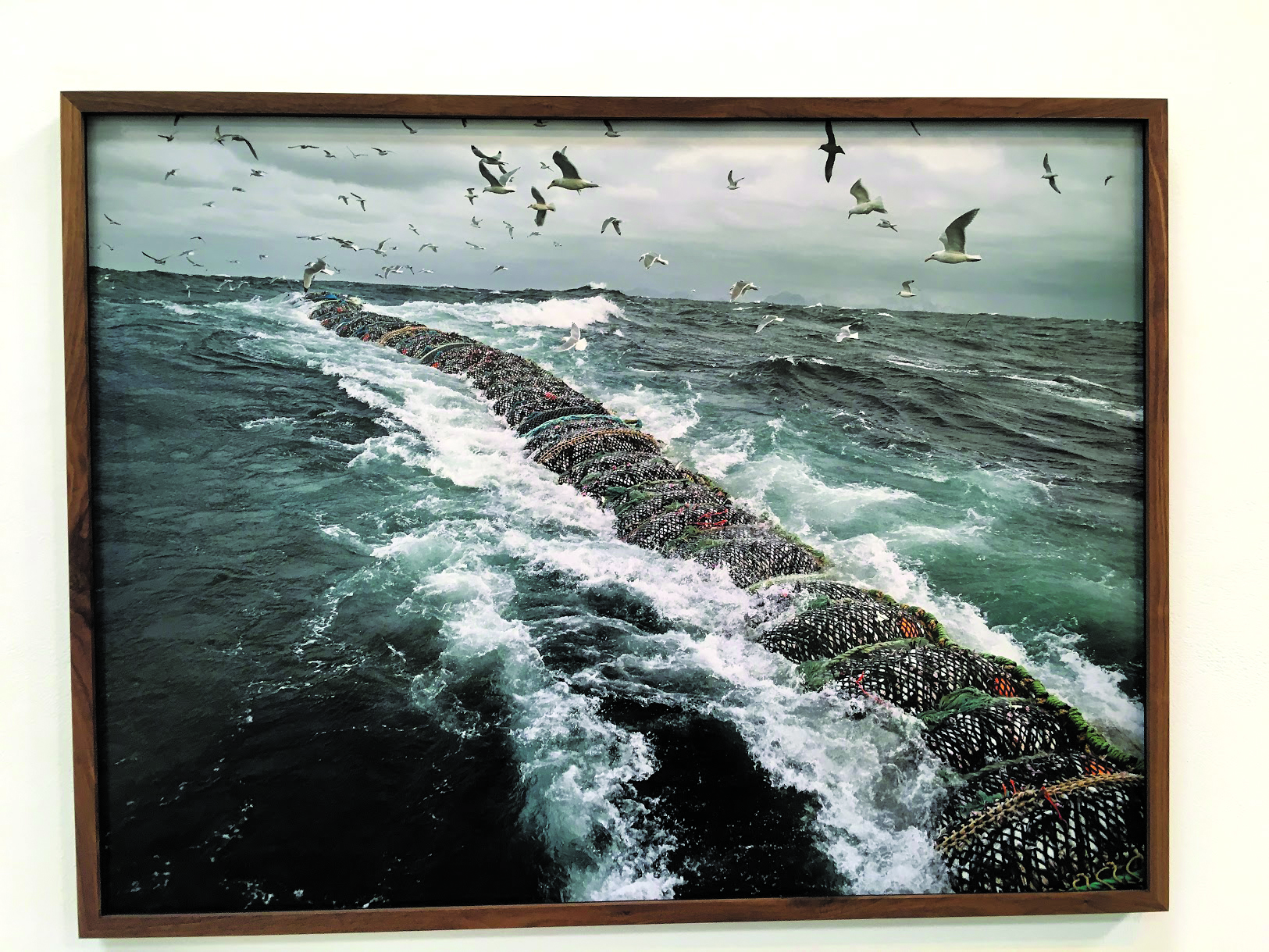 Fifteen years ago, Arnold began working as a commercial fisherman in and around Alaska’s Aleutian Islands, and has exhibited a number of photo series taken from his time working in these islands. Some of his past exhibits depicting his time as a fisherman are part of a larger series titled “Fish-Work.” While the photos were still taken in the same Aleutian Islands setting, for “Aleutian Dreams,” Corey set out on fishing vessels not as a worker but solely as a photographer, and aimed to capture nature and its unique intersection with human civilization

“I’ve pretty much been showing my life commercial fishing over the years. This is a little bit of a departure because I’m focused on the scale of the environment and the oceans, and the collision of man and nature in this rugged outpost,” said Arnold.

He explained to The Mirror that the wildlife in the area has adapted to humans moving onto the islands in uniquely compelling ways. For example, the islands host a population of some hundreds of bald eagles, who will swarm fishing vessels and enter grocery store garbage bins for food.

A number of his photographs depict the islands’ bald eagles, which often look somewhat grotesque rather than traditionally majestic. Arnold explained that he wanted to include them in part as a response to today’s political climate. Some of the other photos in the exhibit show large tangles of fishing nets on land and in the sea.

“I’ve always found interesting the scale of the boats and the giant nets,” said Arnold. “The nets become these kind of mountains that merge into the environment.

Arnold’s first notable exhibit was shown in 2007, also at the Richard Heller gallery. “Aleutian Dreams” is his third time exhibiting at the gallery; it will also be shown in Portland, where Arnold has exhibited four times in the past. The show runs in Santa Monica until May 6.