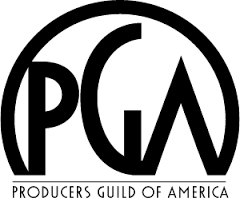 “Producers Mashup” is specifically scheduled for Sunday, June 11 in the afternoon and features four distinct tracks — Feature Film, Scripted Television, Unscripted Television and Digital Media — seating a small group of participants at a table with a mentoring producer or executive, during which time the group will have 15 minutes to ask questions. When time is up, mentors rotate to another table and each group of participants receives guidance from a new mentor.  Each table will have the opportunity to meet with three mentors over the course of the event, including at least one producer and one development exec. This new event is not for “pitching” project ideas – the PGA is offering PBC attendees unique access to knowledge from among the best producers in the business.

“PGA members requested more interactive networking opportunities with top-level producers and executives, so the ‘Producers Mashup’ was created with them in mind. This new program exemplifies the Guild’s passionate commitment to educating and building a vital producing community, and we’re proud to introduce it at the Produced By Conference for the first time this year,” said Vance Van Petten, National Executive Director and COO of the Producers Guild.

Confirmed “Producers Mashup” mentors to date are noted below in alphabetical order: