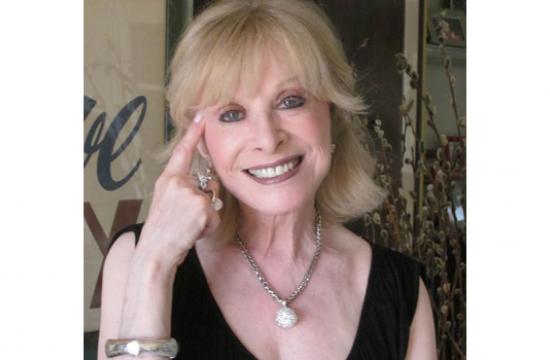 With the Academy Award ceremony far behind us, it may be untimely to think about next year’s nominees. That said, I’m here to tell you that I just saw one of the most pitch perfect films to debut this year and the first on my list for several nominations.

Written, produced, and brilliantly directed by Joseph Cedar, “Norman, The Moderate Rise and Tragic Fall of a New York Fixer,” must be submitted for Best Picture. Richard Gere will certainly be on the list for Best Actor, along with and for Best Supporting Actor, Lior Ashkenazi, an award-winning Israeli actor. He is probably a new face to most of you. However, besides being absolutely one of the most devastatingly handsome men to grace the big screen, his acting is riveting. He presents so many levels to his character of Micha Eshel, Deputy Prime Minister of Israel, that you begin to know both his public persona and his inner turmoil. This is not to take anything away from the iconic Mr. Gere, who like a very expensive fine French wine, becomes more and more handsome (if that was possible) with the passage of time. I will talk more about his performance a bit later.

From the very captivating opening credits, and a rousing musical score by Jun Miyake, one knew immediately that this film was going to be something special and, indeed, it was. The storyline revolves around a New York “nebbish,”* by the name of Norman Oppenheimer. He’s a hustler with the reputation of being a loser, which doesn’t stop him from always being on the lookout for putting two ends of a deal together or offering to introduce people to movers and shakers who, he really doesn’t know personally. Sadly, it appears that none of his schemes are actually realized and it appears that he is really a big phony who makes up the truth as he goes along. However, he just wants to be helpful and be everyone’s friend. Always dressed in a light tan camel’s hair coat with a scarf, gloves, and a hat, with ear buds in his ear, Norman walks the bone-chilling wintery streets of New York making phone calls and trying to set up his next deal or introduction.

This fascinating yarn begins when Norman attends a seminar where the Deputy Prime Minister of Israel is speaking. When Micha leaves the lecture hall, Norman follows him and when he stops in front of an expensive shoe store, Norman engages him in a conversation. Although the entire film is powerfully directed by Cedar, one fascinating scene is where we see the two men chatting in front of a storefront window in the 29 degrees freezing cold. We don’t hear the conversation but we see their breath mixing with the frigid air creating plumes of steam. We assume that Norman is “working” him and before long, the two of them enter the shoe store. Norman convinces his new “friend” to try on shoes and when Micha decides not to buy them, Norman tells him he would like to buy them as a gift, a generous moment that eventually falls under that old adage, “No good deed goes unpunished.”

Norman wants to impress Micha and tells him that he is invited to an exclusive intimate dinner in the home of multi-billionaire Arthur Taub, wonderfully played by Josh Charles. He assures him that he can secure an invitation for him as well which he does by calling Taub telling him that the Deputy Prime Minister of Israel would like to join him for dinner. A bit surprised by the phone call, Taub extends the invitation to the two of them and Norman thinks he’s finally “in.” But, all does not work out as Norman planned as on the advice of one of his advisers, Micha decides not to go. What follows is a cringe-worthy scene between Taub and Norman where he becomes suspicious when the special guest does not show up. A stern Taub confronts Norman who insists that the Deputy Prime Minister is on his way, but not believing him, Taub tells him to wait outside until he arrives. A maid hands him his coat and hat and escorts him to the back door. Now you have to understand that Norman spends most of his time apparently lying and has gotten really good at masking his emotions. But, this time, he has to skulk out of this luxurious townhouse into the harsh New York winter evening. His goal to taste the opulent luxurious life styles of the rich and famous, has not only failed to be met, but results in a humiliating moment.

Fast-forward a few years, and his “friend” Micha has just been made Prime Minister of Israel. They reconnect and Micha actually greets him like an old friend and begins introducing him to people connected to any number of Jewish organizations. He’s finally made it to the “big time” and embarks on a number of deals one of that would link the Prime Minister to Norman’s nephew Philip Cohen, played forcefully, but sympathetically, by that fabulous Michael Sheen. He also promises a rabbi to raise millions of dollars to save his synagogue and in return wants him to perform the ceremony for his nephew who wants to marry a Korean girl who is willing to convert to Judaism. Played by Steve Buscemi, you haven’t seen a rabbi quite like his character of Rabbi Blumenthal who could have been one of the characters in “Boardwalk Empire.”

Being the friendly, gabby guy that he is, Norman makes unwanted conversation with a young woman he sits next to on a train. He boasts about his important friend, telling her the whole story of how they met. He even draws a flow chart on a yellow pad showing how their friendship emerged. As it turns out, Alex Green, skillfully played by Charlotte Gainsbourg, is a special prosecutor for the Israeli government and their paths will cross later when the Prime Minister is accused of taking gifts. Keep your eye on that yellow piece of paper.

Now to Richard Gere – one of America’s acting treasures. His splendid characterization of Norman Oppenheimer joins the ranks of so many of his memorable characters from films such as “Looking for Mr. Goodbar,” “Days of Heaven,” “American Gigolo, “An Officer and a Gentleman, “The Cotton Club,” “Internal Affairs,” “Pretty Woman,” “Intersection,” “Primal Fear,” to “The Jackal,” “Runaway Bride,” “The Mothman Prophecies,” “Unfaithful,” “Chicago,” “Nights in Rodanthe,” and “The Second Best Exotic Marigold Hotel.”

Always inviting the characters to totally inhabit him, Gere delves deeply into the recesses of Norman’s mind, body, soul, and spirit, delivering a tour-de-force, haunting performance. Despite the somewhat unlikeable elements to his character, Gere manages to present a fully actualized human being who we psychologically understand and almost feel sorry for him. Yes. He’s a screw up and despite being well meaning, most everything he touches turns to garbage. However, in the end, his character is a tribute to a man who despite his flaws, is well meaning with a loving soul. When the chips are down for the Prime Minister, he tells him, “I will never betray you.” His final act to protect his friend is unexpected, self-sacrificing and in a very broad sense heroic, but we don’t know that for sure. In the end, Joseph Cedar’s mesmerizing story illuminates human frailty as told through a comic but compassionate point of view.

Every aspect of this film is pitch perfect. Director of Photography Yaron Scharf captures New York through the eyes of a Woody Allen-type love affair with that city. The gorgeous look of the film as created by production designers Kalina Ivanov and Arad Sawat comes to fruition under the skilled hand of editor Brian A. Kates, A.C.E.   Costume designer Michelle Matland’s dressed her characters in both the opulence they deserved as well as the clothing worn by “ordinary” people. Casting directors are often overlooked, so I’d would like to give a shout out to Laura Rosenthal, who assembled a top-notch supporting cast including: Dan Stevens, Harris Yulin, Hank Azaria, Yehuda Almagor, Neta Riskin, Dov Glickman, Tali Sharon, Isaach De Bankole, Miranda Bailey, Scott Shepherd, and Azi Schwartz as the Cantor.

*Nebbish: A sad sack or loser who can’t make anything work.

“The Moderate Rise and Tragic Fall of a New York Fixer”

A Blackbird, Cold Iron Pictures & and Movie Plus Production