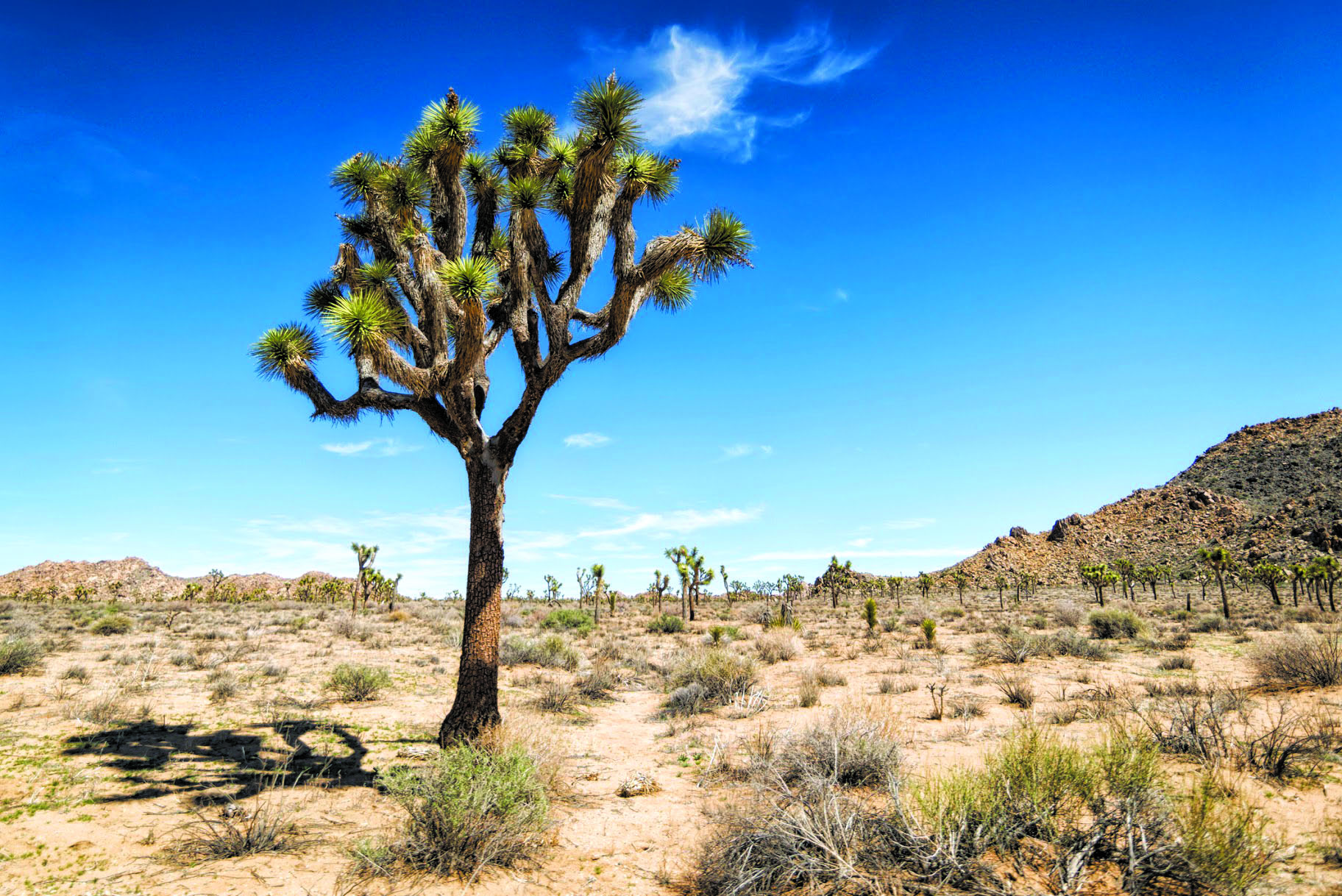 Only four units of the entire 417-part system of national parks, monuments, seashores and historical sites carry the names of remarkable plants and trees. California hosts three of these – Redwood, Sequoia and Joshua Tree national parks.

But by the end of this century, there could be little reason for the Joshua Tree National Park just east of Palm Springs and the Coachella Valley. That’s because its namesake cactus-like namesake shows signs of gradually dying out due to changes in the local climate.

This appears true despite denials of man-made climate change coming regularly from President Trump and the men he’s put in charge of agencies charged with protecting threatened plants, animals and fish, the Department of the Interior and the Environmental Protection Agency. (Joshua trees don’t yet have formally endangered status.)

The latest moves from these agencies indicate they will become even more enviro-skeptical than they’ve been in their first several months working for Trump: In mid-May, the EPA under Administrator Scott Pruitt – a longtime oil industry advocate who was formerly attorney general of Oklahoma – dismissed half the members of its key scientific advisory boards. At the same time, Interior Secretary Ryan Zinke suspended more than 200 advisory panels on everything from invasive species to oil drilling.

This means the ethereal Joshua trees can expect little help from federal agencies, despite their main habitat’s promotion from national monument to national park status in 1994.

And they will apparently need some help – or a major shift back to old climate patterns – if they’re to survive into the next century.

That’s because the species shows signs of flagging in the ever warmer heat of the Mojave Desert. The plants, actually huge lilies and cousins of the far more common yuccas whose flowers dot much of California during the spring, depend on groundwater to survive. Their extensive root systems can reach 35 feet underground and they also take in atmospheric moisture through their leaves, trunks and branches.

But Joshua tree saplings are not so hardy. With much shallower root systems than their mature relatives, they are far more vulnerable to hotter and drier weather. That’s exactly what scientists project for the national park and the rest of the Mojave, where average temperatures are expected to rise four degrees by 2050, while rainfall drops by 2.6 percent in the same time.

For the saplings to survive, they need to grow an average of about three inches in each of their first 10 years, then another 1.5 inches yearly after that.

It’s apparently not happening for them in this mostly dry period, despite the heavy rains of the past winter. In the first year of a projected 20-year survey of Joshua tree population and growth both inside and outside the park, scientists from nearby UC Riverside found few or no young trees on about 30 percent of the species’ normal range. If that continues through the end of this century, Joshua trees could eventually exist only in about 10 percent of their current habitat. Essentially, new Joshua trees are not replacing older, dying ones fast enough for the species to survive much longer.

The outlook can only get worse under current trends, which have seen nighttime low temperatures in Twentynine Palms, nearest significant town to the national park, rise by 8 degrees over the last 40 years.

The great preponderance of scientists worldwide, with little to gain from lying about it, maintain human activity has caused much of that change in the local climate, part of a worldwide phenomenon. But Trump and his allies hotly deny this. Republican Sen. James Inhofe of Oklahoma, an avid backer of both Trump and Pruitt, insists this represents “rigged science,” saying the latest firings and suspensions at both Interior and the EPA mean that government will now “start dealing with science, and not rigged science.”

The current supposed stewards of the national park system and its multitude of plants and animals do not appear serious about that duty, though, as indicated by shutting down their advisory panels or loading them up with representatives of industries that contribute to climate change.

They also are in no mood to heed any advice that contradicts their beliefs. Joshua trees, beware.