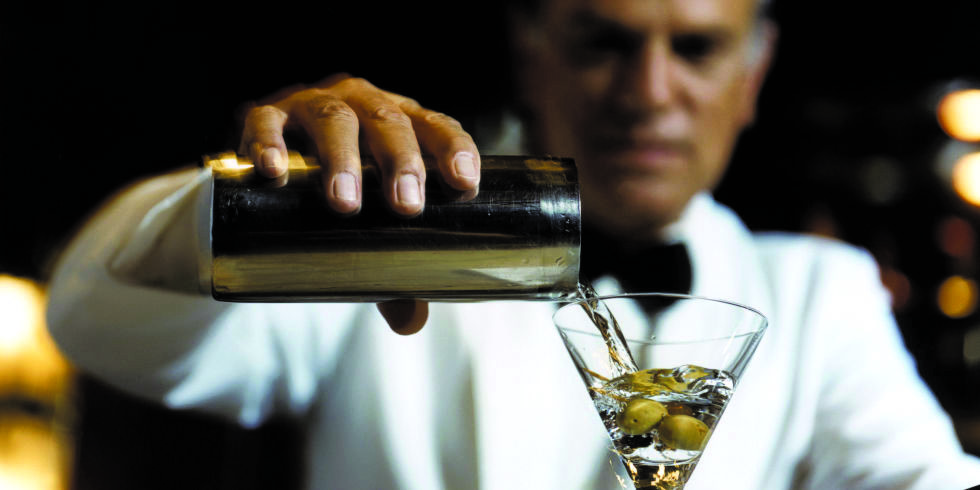 A week before my birthday, my BFF invited me to dinner to celebrate. “Anywhere you want to go,” she offered. I thought about it for a few minutes. I love all of those new hip restaurants, but wanted something different. Where’s a relaxing place that has great lobster tail for a decent price and serves a nicely chilled Grey Goose Citron Martini, up, with two olives and a twist of lemon? “It has to be ‘The Oldest Restaurant in Town,” I said, “that nautical-looking dive on Main Street.”

“Really?” My business partner was surprised. In truth, she was in for a nice surprise, (especially because she was paying). My birthday had arrived. We walked up to the restaurant. Still the funky entrance, like you’re going into a smoky, dive bar forgotten by time. As we walked in, it still had the same ambiance (dark and sort of tacky) but many colored Christmas lights enveloped and lit up the entire joint. It was so cool, so kitschy. On my left there was an old-fashioned bar and to my right, tables and booths for diners.

I learned that the old hang out recently had a facelift. Santa Monica’s oldest restaurant and bar had been beautifully preserved along with the historic pieces that have been there for 71 years. Pieces from the 1934 film Mutiny on the Bounty were draped among the bevy of lights, and a boat used in the movie now resides on the heated patio in the back of the place. They also have a collection of war propaganda posters from the 1940s, framed and hung around the establishment.

Still marveling at the twinkle lights, I was led to our table, where several of my other BFFs were seated. The first thing I did was order my well-chilled, Grey Goose Citron Martini, up, with two olives and a twist of lemon and perused the menu to find the lobster. One would never walk into this place and think you could order a premium drink and a delicacy from the sea that would really be any good. But I knew better. The Martini arrived, and I took a sip. Ah, perfect – I felt the little ice chips on my tongue, combined with a slightly lemony vodka taste with a touch of the olive’s hearty flavor.

We moved on to the menu. We started with shrimp cocktail; plump, fresh and served with tangy cocktail sauce. They disappeared in a few minutes. Next came my lobster – it was a one-pound Australian lobster tail, broiled to perfection, served with drawn butter. Simple. Classic. I took a bite. The chewy, sweet meat was perfect dipped in the butter. So good. My friends had similar gastronomic experiences with the dishes they ordered – like Seafood Diablo (a combination of fresh fish, clams and shrimp, tossed in a spicy tomato cream sauce, served over a bed of pasta,) and a Rib Eye steak grilled to perfection and served with canned corn (we loved the canned corn!)

One of the other great things about eating here is that cuisine is just as good or better than the restaurants mentioned earlier and is priced fairly – the shrimp cocktail was around $15, the Seafood Diablo was under $25, and the 1 pound lobster tail was well price under $60, priced substantially lower than others.

After my second martini, a gorilla in a pink outfit came up to the table – no, really! My friends made me get up to greet him. After trying to get him to take the pink tutu off, thinking he was a birthday strip-o-gram, I ended up with a pink balloon shaped like a flower. The G-rated gorilla was almost as much fun. I thought he came with the restaurant, because another table impatiently called him over to entertain them, but found out that my BFFs ordered him especially for my birthday. What great friends I have!

After he left, our server brought out a cake with candles. I made a wish and blew them out. My wish? To have the Grey Goose Citron Martini, up, with two olives and a twist of lemon, a meaty, sweet lobster tail, and G-rated pink gorilla for every birthday that I have going forward. Thank you BFFs, for one of the best birthday dinners I ever had. I love you all!