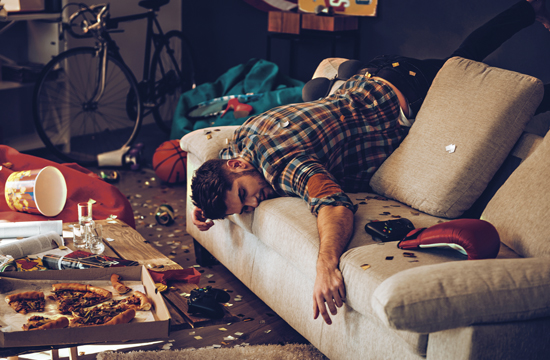 On Saturday, May 6, Santa Monica parents will “pull back the curtain” to see first-
hand how teens really party when they’re not around, from 2:00 p.m. to 7:00 p.m., at Conscious Recovery by CLARE Foundation, located at 1334 Lincoln Blvd.

The 3rd annual #ItsTooEasy Reality Party is an educational event to help parents and other concerned adults understand the current culture of teen parties, and create a community conversation around underage binge drinking, marijuana use, impaired driving and abuse of prescription drugs. The Reality Party is most suitable for parents of students in grades 6-12.

“In the Reality Party, parents see the extreme levels of drinking that take place, the realities around alcohol and sex, and how out of control things can get when kids are using substances,” says Katherine Kasmir, Executive Director of Straight Up Reality Improv, who will also direct student actors during the event.

Parents and adults will tour scenes of the mock party, simulated by Santa Monica students, and witness the drinking, drug use and social pressures that often occur at such gatherings. Following the tour, parents will participate in a discussion with panelists from the Santa Monica Police Department, the Santa Monica-Malibu Unified School District (SMMUSD), counselors, youth and more.

“The Reality Party is a powerful experience because it creates an opportunity for parents, school administrators and community leaders to acknowledge the realities of underage substance use, and find ways to address the problem together,” says Shawn Davis, Prevention Manager with CLARE Foundation.

CLARE Foundation and the Westside Impact Project are the hosts of the #ItsTooEasy Reality Party, in collaboration with the City of Santa Monica, the Santa Monica Police Department, the Santa Monica-Malibu Unified School District, the Institute for Public Strategies and Straight Up Reality Improv.

“We value the partnership between the City of Santa Monica, Santa Monica Police Department and the organizations involved in working together to address this issue facing our youth,” Gail Pinsker, SMMUSD spokeswoman, said. “SMMUSD, along with our partners, continues to expand drug and alcohol education and prevention programs for our parents and students.”

A parent who attended a past year’s Reality Party stated, “This is something every parent needs to see. It’s something we know is going on, but to see it in the flesh, I was practically in tears the entire time because it was so impactful and so real.”

The spring and early summer months are a high-risk time for youth. Prom and graduation parties often involve significant alcohol consumption. According to the Substance Abuse and Mental Health Services Administration (SAMHSA), 11,000 teens per day try alcohol for the first time in June and July—nearly twice the 5,000 – 8,000 in other months.

“Our hope is by parents being able to see the availability of drugs and alcohol, and how easily they can be shared, that they will be able to have a more relevant discussion with their kids around these issues,” says Dana Sherrod, one of the event’s coordinators.

A recent youth survey conducted by the independent community evaluator, Harder + Company, showed the vast majority (86 percent) of Santa Monica youth find it “somewhat” or “very easy” to get alcohol, and house parties and other “social” settings are where they consume it. More than half of teens surveyed said they had attended at least three house parties in the past year where alcohol was available.

Treatment and prevention professionals increasingly use Reality Parties to combat the high rates of teen substance use. By highlighting the issues and bringing parents, schools, mental health professionals and law enforcement together, Reality Parties help parents understand the problems inherent in underage parties and thereby help to prevent them.

Attendees from last year’s event cited their deepened understanding of the strong connection heavy alcohol use has on teen sex, and how complacent and enabling parents are about teen alcohol use.

For more information, or to register for a tour, visit http://straightupvc.org/realityparties/