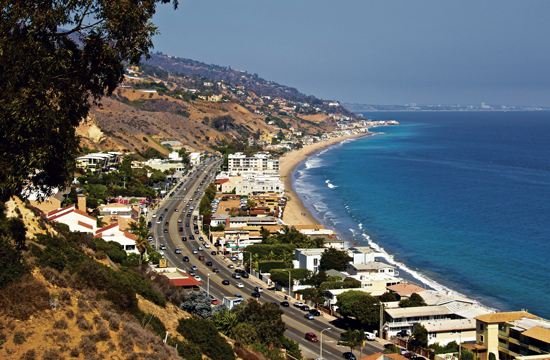 The Malibu City Council has voted to advance a plan to synchronize traffic signals on Pacific Coast Highway, a city official said Tuesday.

The council voted on Friday to move forward with the Pacific Coast Highway Signal System Improvements Project, according to Assistant City Manager Lisa Soghor, who called the move “a major step in realizing the top priority project of the city’s PCH Safety Study.”

“Ensuring safety on PCH is a primary concern for the city because it impacts every resident of Malibu every day,” Mayor Skylar Peak said.

“Getting our traffic signals synchronized and modernized will help us keep our families safe and keep traffic flowing on PCH so people can get where they need to go.”

The vote authorizes City Manager Reva Feldman “to execute a contract for the design of the project … (which) aims to improve traffic safety, congestion and traffic flow along an eight-mile stretch of PCH from Topanga Canyon to John Tyler Drive that has 12 traffic signals.

The project is being funded through $13.7 million authorization of money from a half-cent sales tax — Measure R — approved by Los Angeles County voters in 2008 and extended in 2016 through Measure M.