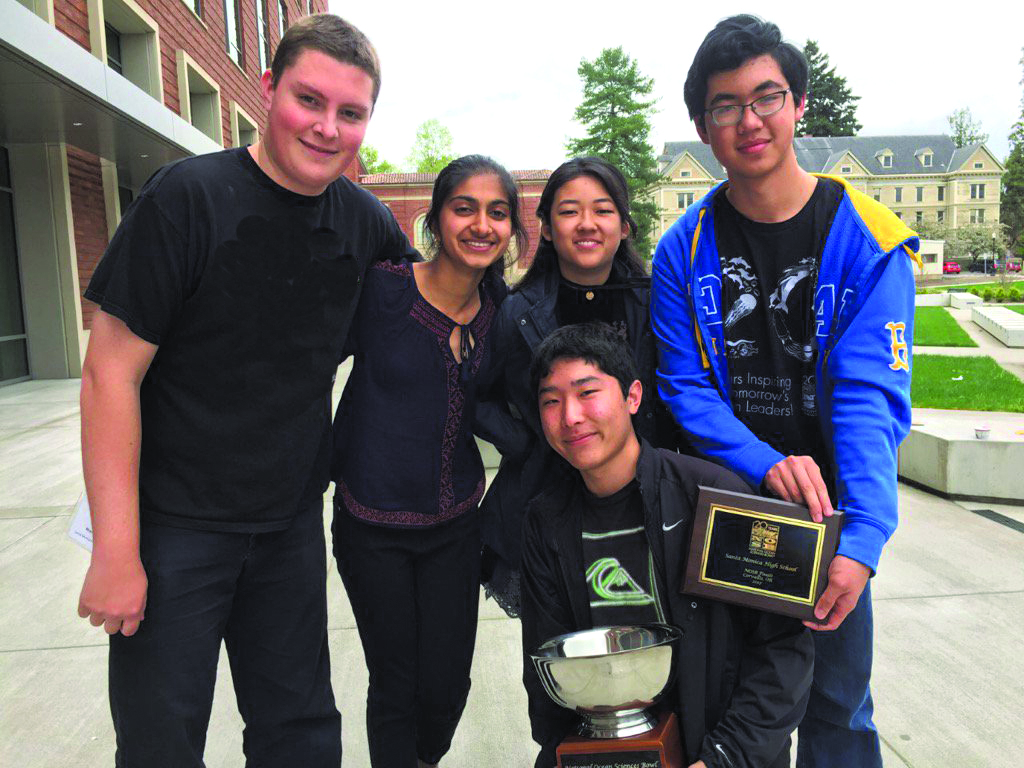 Many of the schools defeated by the team were also past national champions in Science Bowl or Oceans Bowl.

NOSB is an interdisciplinary ocean science education program of the Consortium for Ocean Leadership. “NOSB tests students’ knowledge of ocean-related topics, including cross-disciplines of biology, chemistry, policy, physics, and geology,” according to the organizers.

“This was an amazing way to celebrate our 20th anniversary,” said Rear Admiral Jon White, president and CEO of the Consortium for Ocean Leadership. “I’m extremely impressed by the knowledge, sportsmanship, and enthusiasm for ocean science displayed by all of the teams. I look forward to the next 20 years – both watching how the NOSB will grow and develop, as well as seeing the innovative accomplishments of today’s students, who are tomorrow’s leaders.”