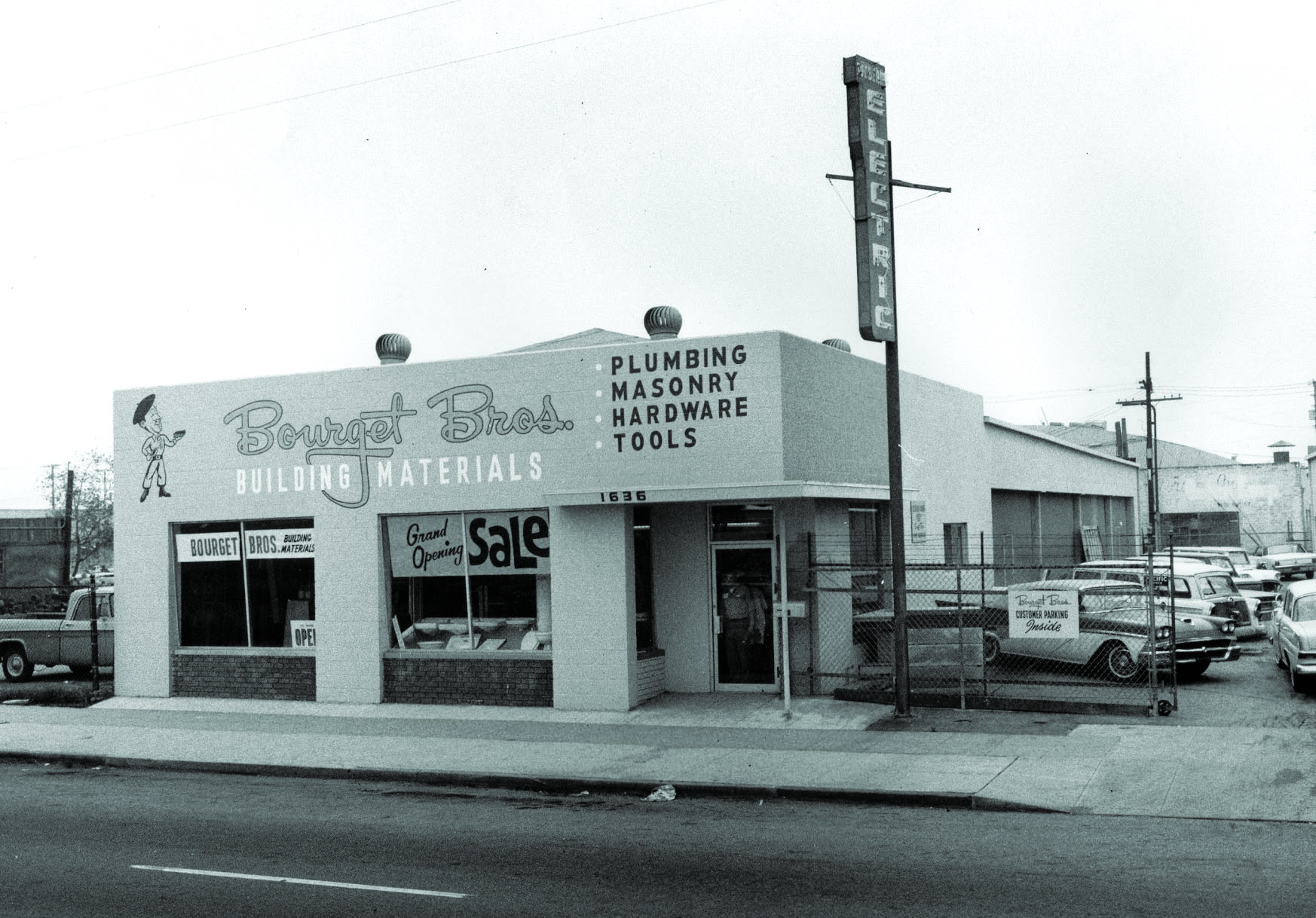 With new development plans and the demolition of buildings-of-old continuing to be one of the most talked about topics around town, coupled with the closure of many local favorites in recent years, one Santa Monica stalwart is literally standing the test of time.

According to the company, in 1947, brothers Henry, Lawrence and Leo bought a concrete manufacturing plant, on the corner of 10th Street and Olympic Boulevard, with an initial $300, a big investment in post-war times. In 1950, the brothers expanded their product line to include natural building stone, plumbing, masonry and landscaping supplies as well as tools and hardware, and formally became Bourget Bros. Building Materials. In 1964 Henry retired and sold his interest to younger brothers, Leonard and John and brother-in-law Roy Kinslow. In 1984, the brothers purchased a West Los Angeles stone yard, Coast Flagstone Co., which they renamed Bourget Flagstone Co. and moved it to 1810 Colorado Ave., Santa Monica, where it also still stands today.

“It has been a pleasure to serve the Santa Monica and Westside for so many years,” John J. Bourget, President of Bourget Bros. told The Mirror. “We have had the opportunity to provide materials to multiple generations…working with grandfathers, sons, and now grandsons who provide contracting services to local residences. We are thrilled when a customer is wandering through the store and remarks that she shopped here as a little girl with her Dad.”

The business attributes its personal, “hands-on” service alongside “keeping up with the trends” as keys to their success.

“Although we are a corporation, the culture is more like a family,” added Debbie Kanan, COO. “That environment comes across to our customers as well. It’s like having that small town business in the middle of our bustling Santa Monica.”

The organization is also very active in the Santa Monica community, participating on various charitable Boards and donating funds and product to the majority of schools and organizations in the city. “We have appreciated the opportunity to give back to a community that has supported our business for seven decades,” Kanan said.