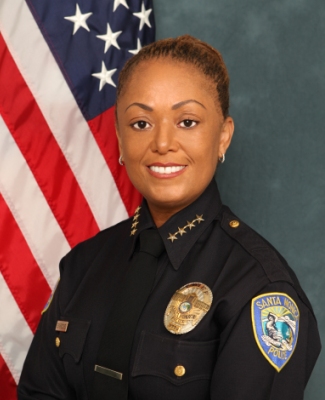 Santa Monica Police (SMPD) Chief Jacqueline Seabrooks announced her retirement Saturday after 36 years in law enforcement. Chief Seabrooks began her career at SMPD as its first African-American woman patrol officer in 1982. When she became chief of the Inglewood Police Department in 2007, she made history again as California’s first African-American woman to serve as police chief for a municipality. Santa Monica welcomed back Chief Seabrooks in 2012 when she took the reigns as Chief of Police.

“Chief Seabrooks is a person of great integrity who is widely respected in the community and nationally,” said Santa Monica Mayor Ted Winterer. “She has protected this city and upheld our values for three decades and for that, we are grateful.” Seabrooks’ retirement becomes effective September 30, 2017. A national search will be conducted to find the next police chief. An interim chief will be named while the search is conducted.