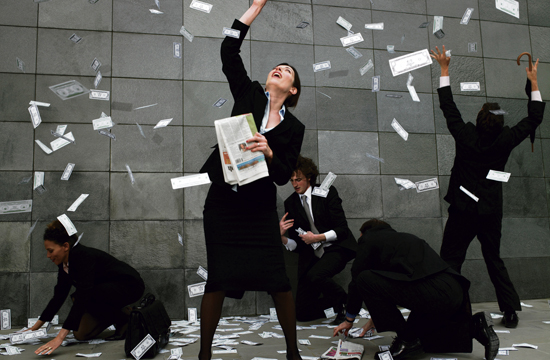 The Los Angeles Tourism & Convention Board announced Tuesday that a record-setting 47.3 million visitors injected an all-time-high $21.9 billion into Los Angeles County’s economy in 2016.

The new visitor spending milestone is $1.3 billion more than 2015’s total, an increase of 6.3 percent, according to the local tourism board, which timed the announcement to coincide with National Travel and Tourism Week.

Traveler spending generated $33.6 billion in total economic impact for Los Angeles County, including induced and indirect benefits, according to the nonprofit tourism/ marketing board.

Tourism supports 510,500 jobs within the Leisure & Hospitality sector in the region, according to the board, which reported the industry contributed to the addition of 21,400 new jobs last year — a 4.4 percent year-over-year increase.

“This is L.A.’s moment. We’re breaking tourism records every year, and this is only the beginning,” said Mayor Eric Garcetti. “This National Travel and Tourism Week, we are celebrating our thriving tourism industry and looking ahead at the limitless opportunity to come with attractions like the Lucas Museum and a potential Summer Olympics that will cement Los Angeles’ standing as the world’s best destination.”

City of L.A. hotel visitors generated $268 million in transient- occupancy tax collections for the city, which welcomed a record 47.3 million visitors in 2016. Of that number, 40.3 million were domestic visitors and 7 million were international visitors.