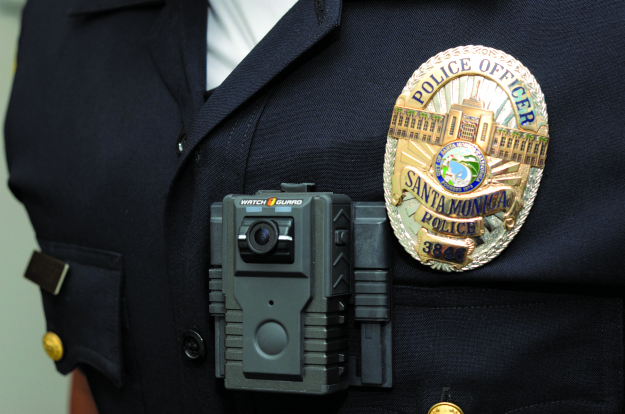 Follow-up program surveys are online for all at santamonicapd.org/bodyworncamera.

During the six month trial, select uniformed police officers and civilian personnel were equipped with BWCs. “The pilot offered an opportunity for SMPD to study the technology, to assess its usefulness in the community, and determine its ability to enhance the Department’s goals and objectives,” SMPD said.

SMPD is now working with researchers from California State University (CSU) Fullerton to gather and study data collected over the course of this pilot program. During the final evaluation phase, SMPD personnel that participated in the pilot program have the option to continue using the BWC; meanwhile, other department personnel have the option to be equipped with a BWC on a voluntary basis.