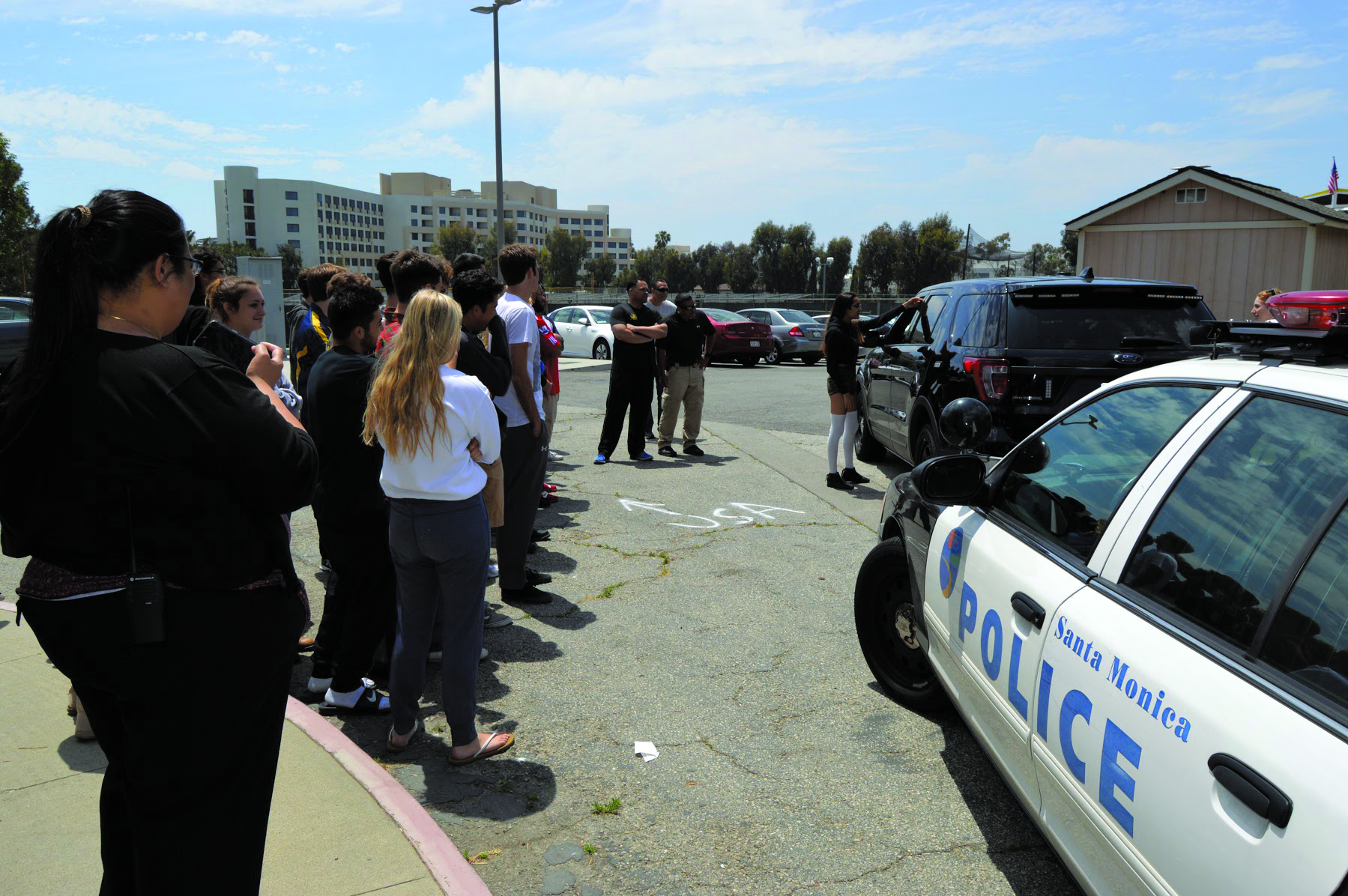 The Santa Monica Police Department (SMPD) is working with Santa Monica High School (Samohi) on a unique curriculum that provides students the opportunity to gain insight into the responsibilities and perspective of police officers.

Last Wednesday saw the implementation of “Walking in Each Other’s Shoes,” a program where cops and kids reversed their roles.

The tool of scenario role playing was used to gain insight into the responsibilities and perspective of police officers, SMMUSD said. A traffic stop was set up for youth to role-play being an officer. Officers trained the students on basic officer safety and gave tips about what to look for in a traffic stop.

A debrief after the experience discussed insights and changes in perspective. “In our experience this is a fantastic tool to spark conversation and experience from which young people learn the thoughts and concerns of officers,” SMPD said.

“Given the national conversation and sentiment around policing, Santa Monica Police Department is always in search of ways to create honest dialogue between front- line officers and community. One important population to include in that discussion is youth,” the department stated.

Captain Wendel Shirley and Dr. Antonio Shelton, Principal at Samohi, discussed the possibility of utilizing government class time to develop such an opportunity. After a series of conversations and meetings, the Youth Services Division (YSD) created a curriculum to test a pilot series of dialogues this semester. A team of sworn and non-sworn personnel, both YSD and patrol, will lead activities and facilitate discussion in Mr. Jimenez’s Government Class.